You know, I had a really hard time sticking to just 5 books this week. I had a shortlist of 12… then I then had to shorten more. So I got it to eight books and I was just going to be all “I’m doing a top 8 this week, and no one can stop me!!” Drunk with power, see? And then I realised that I should probably set a relatively good example. So I cut it back again. You’re welcome. But I wanted to add more books – just so you know. 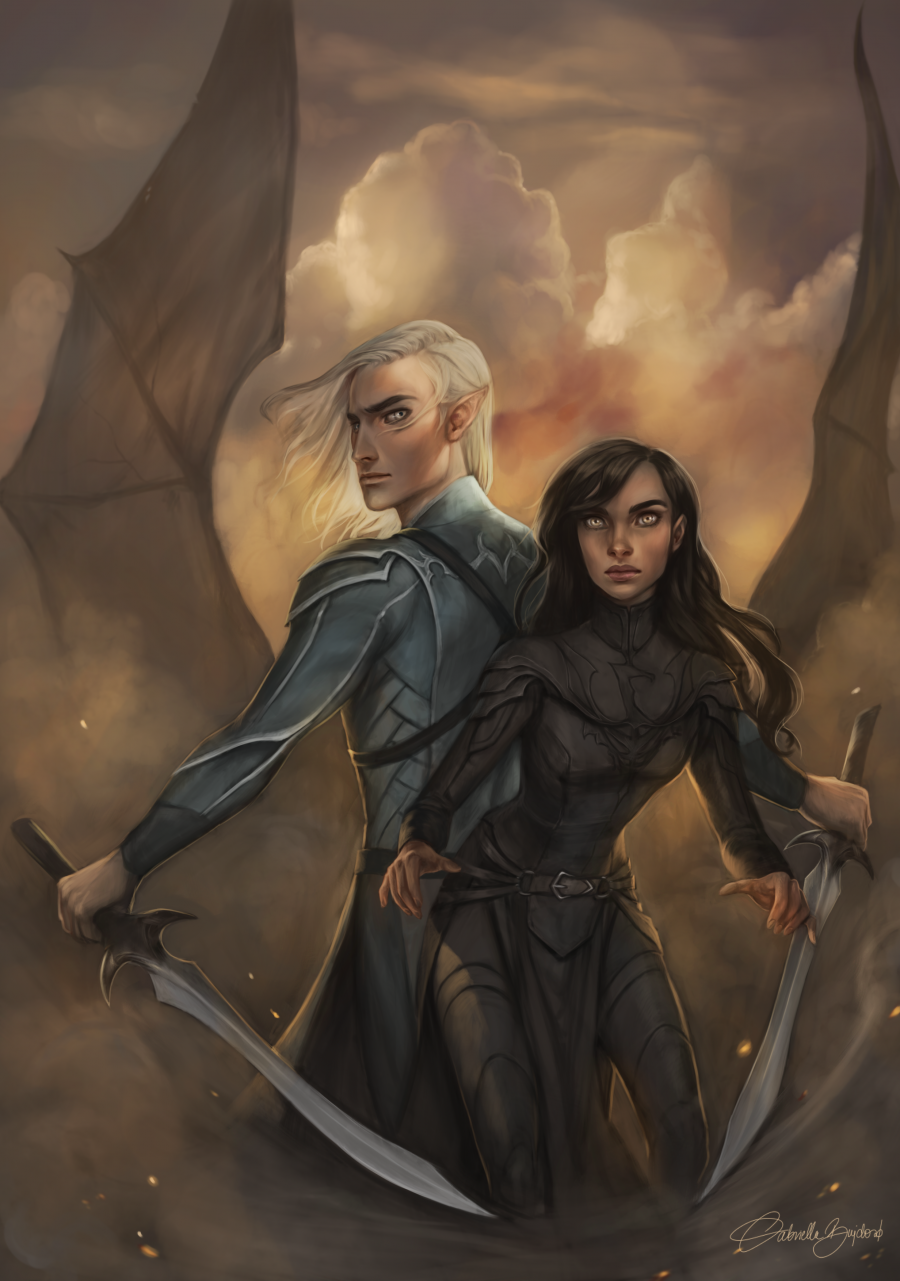 Hi. I’m not sure anyone is more excited for this book than I am. Not even Chiara and Maria, the authors!! And I’ve already read different two versions of it. And the first sequel. Yes, Ilahara: The Last Myrassar is one of the books that I was fortunate to beta read. I first read it in October 2018, and then again in December 2018. Which means that by the time it’s actually released, I will have been waiting over 3 years for a final copy. I’m not even mad, I’m just super excited!! I can’t wait to see how it’s changed!!

Asharaya Myrassar and Derron Argarys are enemies. She has lost everything — her family, her dragon, her kingdom — the night his mother staged the Coup of Fire and claimed the Throne of the fae kingdom of Ilahara.

Fourteen years later, Asharaya has found refuge in a human continent, where she has taken on a new identity as an assassin blessed with dark powers, leaving her past behind her. But when a crone prophesises her return to Ilahara, friends and foes alike set out to find her, and Prince Derron is amongst them.

However, when Derron finds Asharaya, neither of them find in the other what they were expecting. Derron hesitates instead of dealing the killing blow, a decision which charts a new course for Asharaya—one that may see her return to Ilahara to face her destiny as the last Dragon-Blessed Queen. 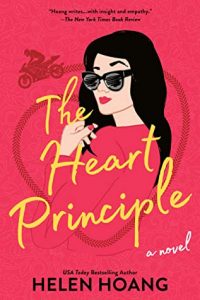 Have we been waiting 16 years, 4 months and 18 days for Quan’s story? No, but it sure does feel like it. Yes, the final instalment of The Kiss Quotient trilogy is actually coming out. In August. And I am stupidly excited to read it!! Am I prepared for the emotional heartache that The Heart Principle will give me? No, but I want to read it all the same.

When violinist Anna Sun accidentally achieves career success with a viral YouTube video, she finds herself incapacitated and burned out from her attempts to replicate that moment. And when her longtime boyfriend announces he wants an open relationship before making a final commitment, a hurt and angry Anna decides that if he wants an open relationship, then she does, too. Translation: She’s going to embark on a string of one-night stands. The more unacceptable the men, the better.

That’s where tattooed, motorcycle-riding Quan Diep comes in. Their first attempt at a one-night stand fails, as does their second, and their third, because being with Quan is more than sex—he accepts Anna on an unconditional level that she has just started to understand herself. However, when tragedy strikes Anna’s family she takes on a role that she is ill-suited for, until the burden of expectations threatens to destroy her. Anna and Quan have to fight for their chance at love, but to do that, they also have to fight for themselves. 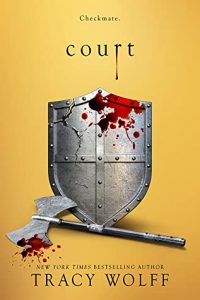 There is NO BLURB out for Court yet, so instead you can listen to me screaming for 4 paragraphs instead. Mostly about how I love this series and it defied all expectations I had of it.

Because let’s be honest, the first book looked (and I mean, actually the cover literally looked) like a Twilight rip-off. And in a way it kind of was. And then it really wasn’t. Sure, the story pokes fun at a lot of vampire series (Twilight included). The story even pokes fun at itself. (I wouldn’t call it a satire, but it’s certainly not a serious read.)

However, I will give it its dues. The series is a lot better written than some others I have read this year. *cough* FBAA *cough*… Plus, it’s a genuinely wholesome book series. And I mean wholesome in a PG sense way. I would have zero hesitation giving this to a young teen audience. Sure, there’s some teen angst going on, but there is in a lot of YA books. And considering the author is known for her adult romance, I was pleasantly surprised by this. 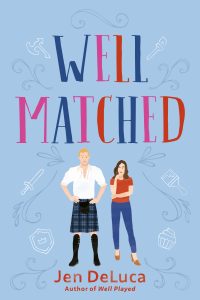 Am I stupidly excited to head back to the Ren Faire for this last love story? Uhhh… yes, I really am. I can’t even provide a reasonable explanation. I just want to live in this town. And be part of the Faire. And maybe watch Mitch’s sword fight. It’s not my fault I’m a little bit basic, ok?! ?

Single mother April Parker has lived in Willow Creek for twelve years with a wall around her heart. On the verge of being an empty nester, she’s decided to move on from her quaint little town, and asks her friend Mitch for his help with some home improvement projects to get her house ready to sell.

Mitch Malone is known for being the life of every party, but mostly for the attire he wears to the local Renaissance Faire–a kilt (and not much else) that shows off his muscled form to perfection. While he agrees to help April, he needs a favor too: she’ll pretend to be his girlfriend at an upcoming family dinner, so that he can avoid the lectures about settling down and having a more “serious” career than high school coach and gym teacher. April reluctantly agrees, but when dinner turns into a weekend trip, it becomes hard to tell what’s real and what’s been just for show. But when the weekend ends, so must their fake relationship.

As summer begins, Faire returns to Willow Creek, and April volunteers for the first time. When Mitch’s family shows up unexpectedly, April pretends to be Mitch’s girlfriend again…something that doesn’t feel so fake anymore. Despite their obvious connection, April insists they’ve just been putting on an act. But when there’s the chance for something real, she has to decide whether to change her plans–and open her heart–for the kilt-wearing hunk who might just be the love of her life. 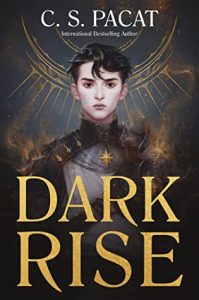 Cue genuine screaming. Yes, the author who brought Chiara, Maria and I together, is releasing the first book in a new series. And Only 2 months before their first baby enters the world. Are we all screaming? I think you can guess the answer to that.

This is Pacat’s first full length novel since the Captive Prince trilogy. If you don’t include her side quest into graphic novels. And I couldn’t be more excited. And if Pacat does a book launch in Melbourne, I will DEFINITELY be going!!

The ancient world of magic is no more. Its heroes are dead, its halls are ruins, and its great battles between Light and Dark are forgotten. Only the Stewards remember, and they keep their centuries-long vigil, sworn to protect humanity if the Dark King ever returns.

Sixteen-year-old dock boy Will is on the run, pursued by the men who killed his mother. When an old servant tells him of his destiny to fight beside the Stewards, Will is ushered into a world of magic, where he must train to play a vital role in the oncoming battle against the Dark.

As London is threatened by the Dark King’s return, the reborn heroes and villains of a long-forgotten war begin to draw battle lines. But as the young descendants of Light and Dark step into their destined roles, old allegiances, old enmities and old flames are awakened. Will must stand with the last heroes of the Light to prevent the fate that destroyed their world from returning to destroy his own.

What are your next top 5 anticipated books for 2021?

Top 5… books you read as an ARC