Hello bookworms!! Welcome to Top 5 Tuesday!! This week’s topic is top 5 books I didn’t get to in 2021. Remember how this year I was going to be nicer to myself (and all of you by default)? Someone forgot to tell 2021 Meeghan this was happening… I’ll make sure the post-February lists are nicer!! 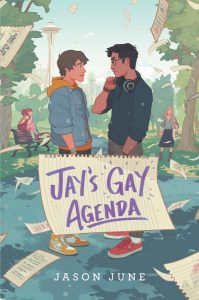 There’s one thing Jay Collier knows for sure ― he’s a statistical anomaly as the only out gay kid in his small rural Washington town. While all this friends can’t stop talking about their heterosexual hookups and relationships, Jay can only dream of his own firsts, compiling a romance to-do list of all the things he hopes to one day experience ― his Gay Agenda.

Then, against all odds, Jay’s family moves to Seattle and he starts his senior year at a new high school with a thriving LGBTQIA+ community. For the first time ever, Jay feels like he’s found where he truly belongs, where he can flirt with Very Sexy Boys and search for love. But as Jay begins crossing items off his list, he’ll soon be torn between his heart and his hormones, his old friends and his new ones… because after all, life and love don’t always go according to plan. 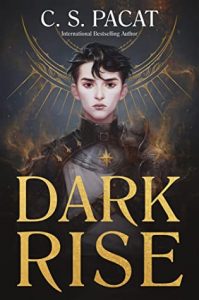 The ancient world of magic is no more. Its heroes are dead, its halls are ruins, and its great battles between Light and Dark are forgotten. Only the Stewards remember, and they keep their centuries-long vigil, sworn to protect humanity if the Dark King ever returns.

Sixteen-year-old dock boy Will is on the run, pursued by the men who killed his mother. When an old servant tells him of his destiny to fight beside the Stewards, Will is ushered into a world of magic, where he must train to play a vital role in the oncoming battle against the Dark.

As London is threatened by the Dark King’s return, the reborn heroes and villains of a long-forgotten war begin to draw battle lines. But as the young descendants of Light and Dark step into their destined roles, old allegiances, old enmities and old flames are awakened. Will must stand with the last heroes of the Light to prevent the fate that destroyed their world from returning to destroy his own 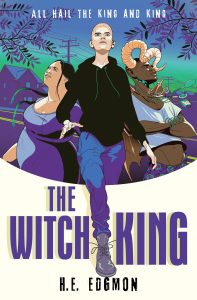 Wyatt would give anything to forget where he came from — but a kingdom demands its king.

Now a coldly distant Emyr has hunted him down. Despite transgender Wyatt’s newfound identity and troubling past, Emyr has no intention of dissolving their engagement. In fact, he claims they must marry now or risk losing the throne. Jaded, Wyatt strikes a deal with the enemy, hoping to escape Asalin forever. But as he gets to know Emyr, Wyatt realizes the boy he once loved may still exist. And as the witches face worsening conditions, he must decide once and for all what’s more important ― his people or his freedom. 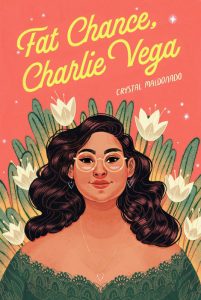 People sometimes have a problem with that last one. Especially her mom. Charlie wants a good relationship with her body, but it’s hard, and her mom leaving a billion weight loss shakes on her dresser doesn’t help. The world and everyone in it have ideas about what she should look like: thinner, lighter, slimmer-faced, straighter-haired. Be smaller, be whiter, be quieter.

But there’s one person who’s always in Charlie’s corner: her best friend Amelia. Slim. Popular. Athletic. Totally dope. So when Charlie starts a tentative relationship with cute classmate Brian, the first worthwhile guy to notice her, everything is perfect until she learns one thing ― he asked Amelia out first. So is she his second choice or what? Does he even really see her? UGHHH. Everything is now officially a MESS. 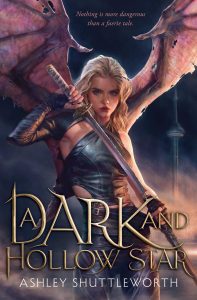 The “ironborn” half-fae outcast of her royal fae family.
A tempestuous Fury, exiled to earth from the Immortal Realm and hellbent on revenge.
A dutiful fae prince, determined to earn his place on the throne.
The prince’s brooding guardian, burdened with a terrible secret.

For centuries, the Eight Courts of Folk have lived among us, concealed by magic and bound by law to do no harm to humans. This arrangement has long kept peace in the Courts—until a series of gruesome and ritualistic murders rocks the city of Toronto and threatens to expose faeries to the human world.

Four queer teens, each who hold a key piece of the truth behind these murders, must form a tenuous alliance in their effort to track down the mysterious killer behind these crimes. If they fail, they risk the destruction of the faerie and human worlds alike. If that’s not bad enough, there’s a war brewing between the Mortal and Immortal Realms, and one of these teens is destined to tip the scales. The only question is: which way?

Wish them luck. They’re going to need it.