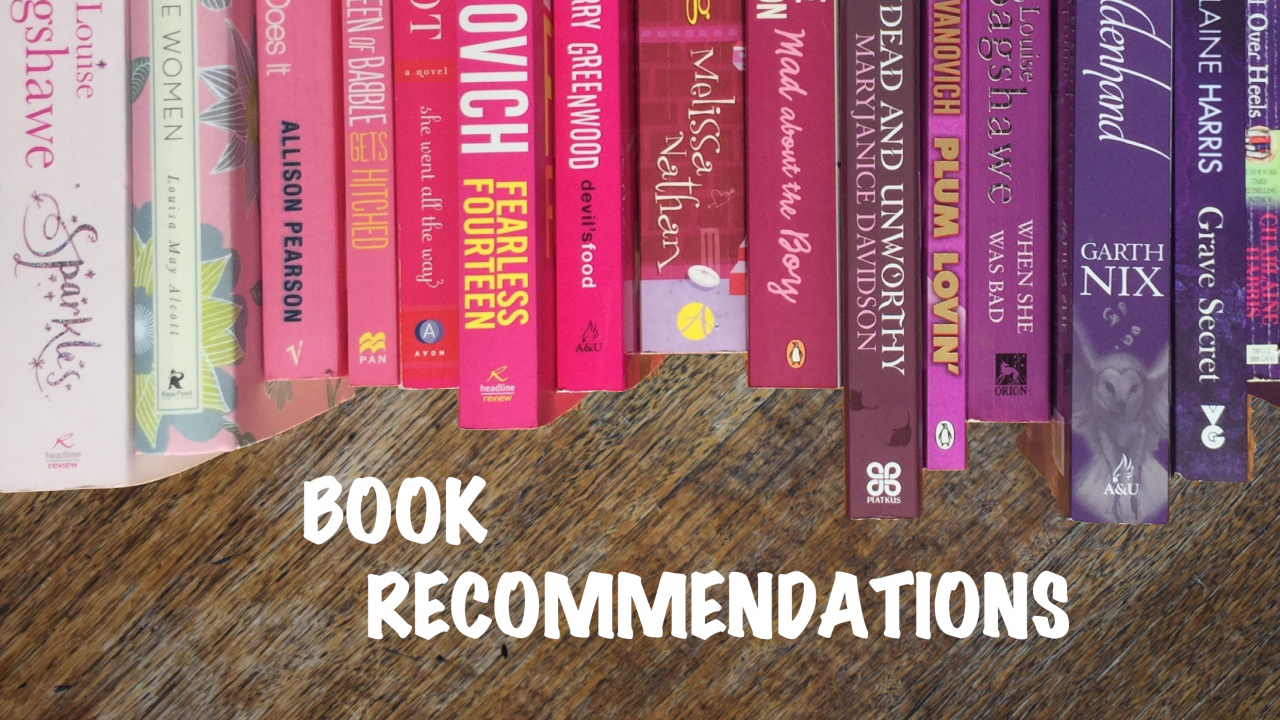 Good evening bookworms!
So, most of you are probably thinking ‘What the hell, Meegs? WE READ YA!’ Don’t get me wrong – I’m totally with you. But sometimes I like to change things up. (Not very often though… I am a creature of comfort.)
I was, weirdly, reading adult books before there was a defined YA age group. Uh-huh, that’s how old I am kids, Old enough to remember pre-internet, pre-mobile phones, and pre-YA. It truly was the dark ages. However, in those years BYA (before YA), I read some pretty great books and found some really talented authors. So, this will be my recommendations list of what to try if you’re thinking about trying adult fiction!


So here’s my first rec for you all: If you really enjoyed the “completely out of my depth” light-heartedness and the “I shouldn’t like him, but I really do” factor in Stephanie Perkins’ Anna and the French Kiss, then I recommend you give Melissa Nathan’s The Nanny a go.
The Nanny tells the story of Jo, a 23 year old who is ready to take a break from her current life (aren’t we all?), and so takes off to London to become a nanny for the Fitzgerald’s three kids (all adorably challenging in their own ways). Except then Mr Fitzgerald’s two kids from his first marriage arrive, and Jo not only has to deal with a teen, but also Josh, who is super hot and very age appropriate for Jo – and surprisingly may still need looking after by the nanny.
The Nanny was published in 2003, before smartphones were really a thing, but I think it holds its own just with the cute factor.

If you are after a twisty-turny “what the f*ck is going on right now” story about people with ‘special abilities’ (mutant is such an ugly word), and you liked Six of Crows by Leigh Bardugo, then I think you should try The Rook by Daniel O’Malley. You think Kaz has an issue with hands touching him? You ain’t seen nothing yet.
Myfanwy Thomas (pronounced Miffany) wakes up in a London park surrounded by dead bodies all wearing latex gloves. She not only has no idea how she got there, she has no idea who the hell she is. The Rook is a story all about subterfuge, lies and secrets, set in a government organisation that no one even knows exists. Myfanwy’s boss can walk through your dreams, there might be a vampire on staff, and then there’s Gestalt… *shudder*
The Rook was picked up by Starz network and will be premiering on 30 June this year, so NOW is your opportunity to read the first book in this amazing paranormal / urban fantasy / *slight* thrillery / mystery. There’s literally something for everyone in this book.

Ok, this one is a little bit different, but if you’re keen for a contemporary, blood-free version of enemies to lovers trope, with metaphorical back-stabbing, set in a ruthless hospitality setting, and you enjoyed (or even if you didn’t) The Cruel Prince by Holly Black, then you should check out Do Not Disturb by Tilly Bagshawe.
Honor Palmer is fighting to save her family’s legacy, Palmers, a hotel in the Hamptons. She’s never felt like she had her father’s love or approval, so she’s getting the next best thing – his respect. Honor is aiming to bring back that old-school Hollywood charm in restoring Palmers to its former glory; however, she is fighting an uphill battle against a conglomerate hotel with its fancy decor and slick manager, Lucas Ruiz. No trick is too dirty for these two when they prepare for battle over the rich and famous clienteles, including scandals, adultery and blackmail. But how does that saying go? You make your bed, now you have to lie in it…

I hope you guys really liked this! If you did, I have so many ideas for more (and not just YA to adult).
Until next time, happy reading ??

Own voices books about autism