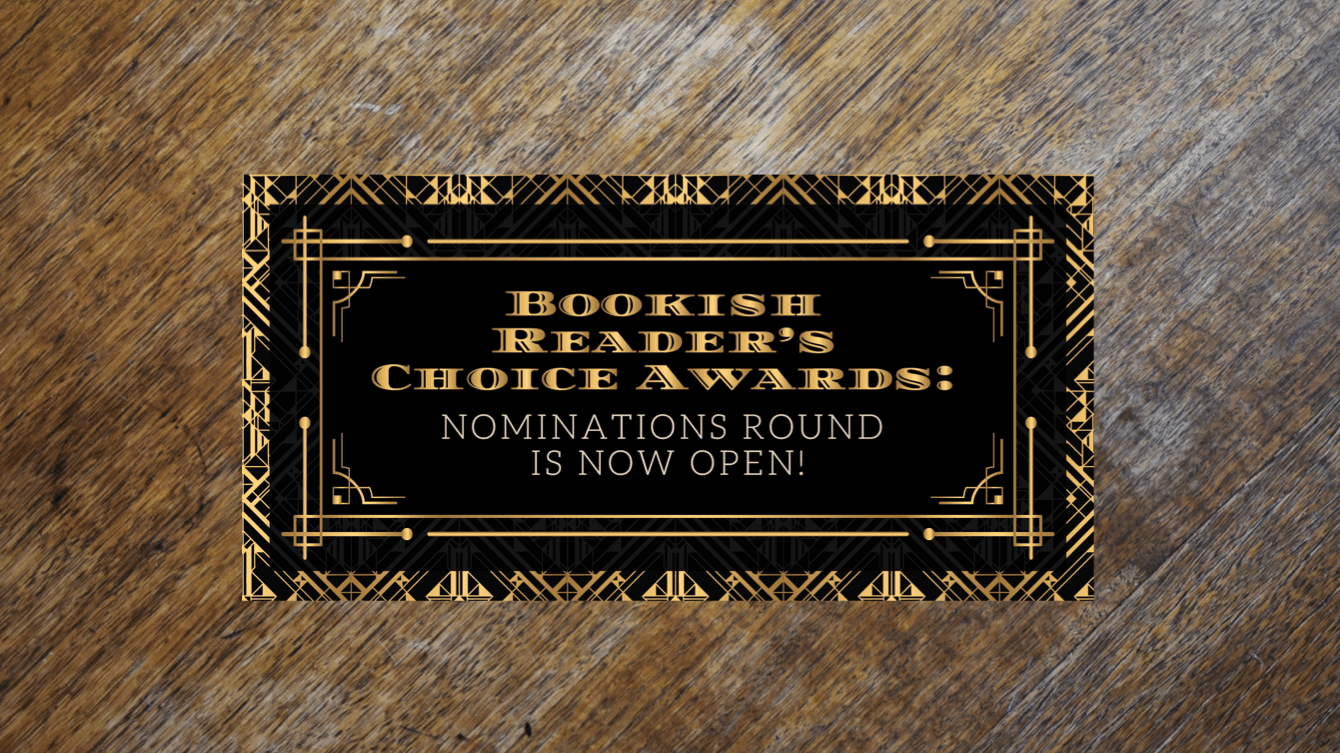 Something a little bit different for you today (not to mention very late)… I’m letting you all know my nominations for the the 2019 Bookish Reader’s Choice Awards, hosted by the amazingly talented Kal @ Reader Voracious!

In case you weren’t aware, Kal is hosting the awards nominated by readers, and voted for by readers. I was going to post this earlier (like, when you all could still vote), but alas I had so much trouble making my own shortlist that I only just made the cut off myself!

Ok, so there were the normal categories, best fantasy, best contemporary, best sci-fi, etc., but Kal went one better (and totally stumped me and my voting) by also adding in questions like fave squad and best villain… and I was NOT prepared! Because I was so stumped (and possibly procrastinating – side note, I have a super clean kitchen right now), I didn’t answer all of the prompts. The ones below are the ones I responded to.

So, without further ado, these were my nominations for the 2019 Bookish Reader’s Choice Awards!

I nominated Prince Rennar from Midnight Beauties by Megan Shepherd for this one. I really liked him in both books – and I didn’t see his evilness until it was too late!!

I mean, if I didn’t pick Khai and Esme from The Bride Test by Helen Hoang then I wouldn’t be doing my job as a complete and total lover of this book. These two are so cute together!!

Favorite YA OTP (one true pair)

Uhhhh… look, if you guys don’t see this coming, then that’s not on me. But I picked Jude and Cardan from The Wicked King by Holly Black. (Please note that this vote may be repeated next year for The Queen of Nothing!!)

Ooof, this one was tough!! There’s so many good world settings out there, but I secretly love the setting in Bloodlust and Bonnets by Emily McGovern. (Emily is the very talented person who creates the Background Slytherin comics on Instagram.) The reason this is so high up on my list is that it’s set in the English countryside, 18th century, think Austen-land, but with sentient castles, vampires and cults. Oh, and Lord Byron!

*cough* This one might be a stretch, as it’s probably a younger YA (possibly middle grade) book, but I picked Darkwood by Gabby Hutchinson Crouch. But the world setting is great. Think of your standard fairytale village, with a dark woods across the river, and a paved road leading to the local town where there’s a local constabulary and maybe some royalty.

I mean, you’re probably going to see this one as the answer to a lot of prompts… but I picked The Bride Test by Helen Hoang. I guess it’s not a sequel in the strictest of senses, but it’s in the same world with repeating characters.

Again, not a surprise: The Wicked King by Holly Black.

For this one, I used Bloodlust and Bonnets by Emily McGovern. Emily is such an amazing creator, and I seriously loved this story so much.

Ahhh, a new one!! I nominated Serpent & Dove by Shelby Mahurin. I read this because one of my friends was genuinely screaming at me to do so, and I really loved it.

Look, despite being a disappointing read for me this year, I can’t deny the beauty of the covers for this series. I love the UK cover of Darkdawn by Jay Kristoff. The artist for the UK covers, Kerby Rosanes is an incredibly talented artist.

*cough* The only book on this list that I haven’t read yet, but the cover for The Merciful Crow by Margaret Owen is one of my faves this year! It’s got this kind of wizard / rogue looking character on the cover where you can’t see anything about them, and there’s a castle that’s covered in flames, and there’s a whole horde of birds flying around it.

I mean, I kind of cheated on this… It’s not really a squad per se, but the best family I’ve ever read about. The De Lainey’s from C. G. Drews’ The Boy Who Steals Houses. I mean, there’s so many parts of this story that show little glimpses of how amazing the De Lainey’s are, but I seriously just love how no matter how much they annoy each other, they have each other’s backs too.

The Book I Couldn’t Stop Screaming About

I mean… when I look back on all the books I read this year, I read about 40 books that came out this year… but I didn’t love a lot of them, so watch the books really start to repeat from here on!

For this one, I picked The Bride Test by Helen Hoang.

The YA Book I Couldn’t Stop Screaming About

Favorite Book of the Year

Favorite YA Book of the Year

The Boy Who Steals Houses by C. G. Drews.

YA Fantasy (includes all subgenres of fantasy)

YA Graphic Novels & Comics (any genre, including manga)

Heartstopper Vol 2 by Alice Oseman. This book was so sweet, and after a particularly rocky ending to Vol 1, I felt like this book really brought it back.

YA Romance (Can be any genre romance)

Call It What You Want by Brigid Kemmerer. I really loved this story, but particularly the character growth. You see a lot of snap comments made without any context at the start, and it’s confronting. But once you start to gain more insight into situations you gain that empathy and understanding about why they are the way they are.

Fantasy (includes all subgenres of fantasy)

The Summer Palace and Other Stories by C. S. Pacat. Look, I just want to live in this world, ok?! ? More Captive Prince!

Bloodlust and Bonnets by Emily McGovern.

*cough* Probably a bit of a stretch… but I put Bloodlust and Bonnets by Emily McGovern for this one too!

Sorry I’m Late, I didn’t want to come by Jessica Pan. I loved this story so much. The tagline was ‘An introvert’s year of saying yes‘, but it wasn’t just “Yes”. Tt was intense and terrifying and made me feel so many emotions. Of course, it was all told in as though we were at a stand up show, so the stories were well crafted and funny. Even if they were simultaneously stressful!

Cheeky, but I also nominated Sorry I’m Late, I didn’t want to come by Jessica Pan for this one.

Romance (Can be any genre romance)

Small Kingdoms and Other Stories by Charlaine Harris. I mean, I don’t know that I would call this a thriller, but that’s certainly what it is marketed as! Anne De Witt is fearsome at any rate.

So, these were my nominations for the awards. ALL of the thanks to Kal for putting together these awards. I can’t wait to see what all the nominations look like!! 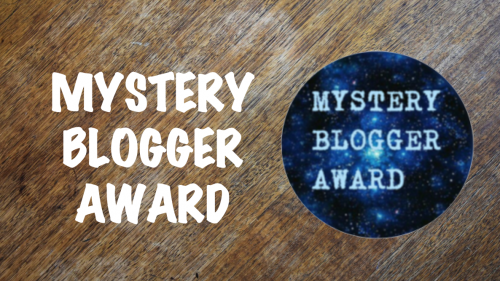 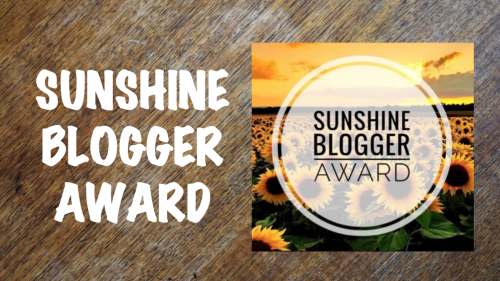 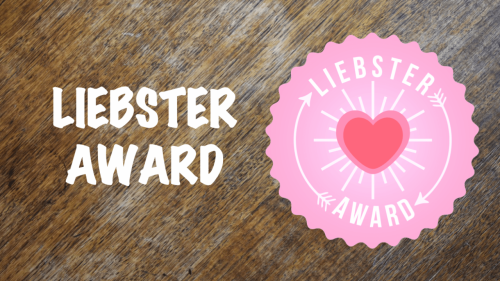