Hello bookworms!! Welcome to Top 5 Tuesday!! This week’s Top 5 Tuesday is top 5 adaptations I liked better than the books.

It’s inconceivable, really, but sometimes I have loved the adaptation more than the original text. I know, I can’t believe I said it either!! It’s basically sacrilegious.

So, today let’s talk about really great adaptations. I had to think long and hard about this one. Especially after I realised that most of my list is adaptations of classics!! Not that I dislike classics, but I do often find that the visual representation is easier to digest than the written. Plus, the BBC do a particularly amazing job of them.

If you missed the May topics post, please click here!! Top 5 Tuesday was created by Shanah @ Bionic Book Worm, and is now being hosted here @ Meeghan reads.

top 5 adaptations I liked better than the books 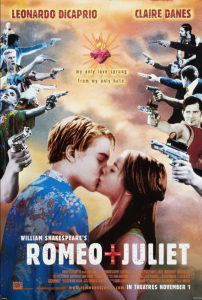 Borderline contentious, but the 1996 Baz Luhrmann adaptation of Shakespeare’s Romeo and Juliet is one of my all-time favourites. Aside from the impeccable casting, the reason I love this film so much is the combination of modern visuals with the original text. I know, I’m a complete paradox.

So, if you haven’t seen this film, it needs to go to the very top of your “to watch” list. Not only is Leonardo DiCaprio at his absolute hottest, but it’s Luhrmann’s second film and I still think it’s his best. In fact, I almost put The Great Gatsby on this list too (because I do like it way more than the book), but if I had to pick only one Luhrmann film, this will always win.

For me, it’s that combination of heady intoxication you feel from the way this has been filmed and edited mixed with the original prose from Shakespeare. The gun fights, drugs, beach parties, cars, clothing, and almost gang-like war between the Montagues and Capulets, all give the film this chaotic energy that is hard pressed to find outside of other films. (I’d maybe only put Trainspotting or Moulin Rouge in the same category). But then you replace all of the speech with archaic prose and you might think it would come off stilted, but it really doesn’t. The passion and emotion behind the delivery of every single line give this movie its raw edge, to the point where you really understand what Shakespeare was trying to impart. This is truly what a master adaptation is like. Plus, it’s got a killer soundtrack. 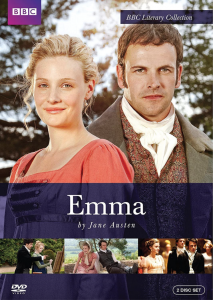 Now, I don’t want anyone to think that I dislike Austen’s novel, Emma. I really don’t. In fact it’s possibly my favourite of all her novels (some days I do love Pride and Prejudice more). But this is my favourite Austen adaptation of all time.

Can I just say that the BBC absolutely nail these every single time. I honestly could not care how long they go for – I have watched the 6.5 hour long P&P so many times it’s not funny. But this four hour long mini-series adaptation nails basically every scene in the book, because it has the time to explore every scene as well. It’s genuinely a masterpiece. The gravity it gives to the character development on-screen in fantastic.

And as much as I love Colin Firth as Darcy, Jonny Lee Miller as Knightley (he’s also Edmund in Mansfield Park) is my fave. He’s just perfect. Not only that, but Romola Garai is also the best Emma I’ve ever had the pleasure to watch. I would take her over Gwyneth and Anya any day. Although I’d take almost anything over that 2020 adaptation. 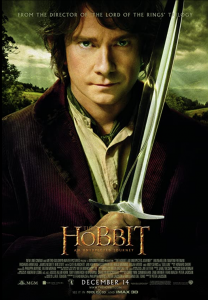 I need to preface this by saying that I had to put The Hobbit here over The Lord of the Rings for two reasons. Firstly, I despise Elijah Wood. It’s true, and I’m not even sorry. The only film I’ve ever enjoyed watching him in is Flipper (yes, the 1996 film with Paul Hogan). Which really means that I only like watching the Aragorn and Legolas scenes in the films. Secondly, I never finished reading Lord of the Rings. So it kind of ruled itself out.

I could very happily watch The Hobbit all day though. It’s got all the epic adventure of first trilogy, with even better special effects. Plus, I never felt like the story dragged with this one. There was no endless journey to Mordor to off-balance the pace of the film.

Admittedly, the movies do add more to the story than the book does. I can’t quite be sure because it has been an actual age since I’ve read the book. But I’m sure there’s a couple of added extra bits in the film!! I mean, with almost 9 hours of movie, and how descriptive Tolkien can be, it’s likely Jackson took some creative licence to make a few more bucks… 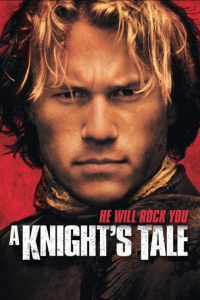 I’m going to be honest, this is probably the longest bow to draw (or lance to joust) of my list today. And it’s more because Chaucer’s poem The Knight’s Tale, from The Canterbury Tales, loosely inspires this movie, as opposed to being a genuine adaptation.

In The Knight’s Tale, Arcite and Palamon are cousins who are imprisoned together. The both fall in love with Emelye who they see through a window one morning. The long story short is that they end up fighting in a duel for her hand in marriage. However, Emelye prays to the goddess Diana that she marries the one who truly loves her. Arcite, prays to Mars that he will win the duel, then wins, but is later injured and dies. And Palamon, who prays to Venus that he will marry Emelye, loses, but ends up marrying her by default. So technically everyone wins.

This is very much not how the movie goes, but also it kind of is. The film does have this same love triangle between William, Adhemar and Jocelyn. It just plays out very differently. On top of this, the film also delves into what it means to be a knight – someone who is worthy of nobility. In a time when your birth determined your status, length of life, level of education and financial gain, it’s an interesting conversation to have. Impersonating nobility, as the film tells us, means that William should have been hung. But the film takes some poetic licence and shows how believing in yourself can change your fortune, and give hope.

I also want to briefly mention that one of the reasons I love this “adaptation” so much is the addition of Chaucer to the cast of characters. Of course, the film “Chaucer” was not even remotely based on the real Chaucer except that they were both writers. The real Chaucer was a member of Parliament and a diplomat as well as being a writer. But the fictionalised version is pretty captivating too, and a nod to the inspiration of the film. 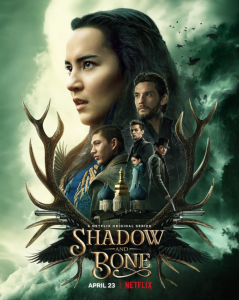 Yes, this is making my list, BUT I have provisos for it. You see, as soon as I finished watching season 1, I knew it had to go on here. Many years ago I read Six of Crows and Crooked Kingdom, and absolutely loved them (more so than my reviews would actually lead you to believe). A couple of years after that I finally made it through Shadow and Bone. And then I tried reading Siege and Storm. I did, I swear. I just… didn’t care about Alina, Mal, the Darkling, or their little love triangle, so I stopped. No less than five times.

In fact, I had planned to read the rest of the Grisha trilogy before watching the tv series, but then the series was here, and I was still no closer to reading it. So I decided to watch it first. Technically I only needed to have read Shadow and Bone anyway, so I figured it was fine. And it was so much better than I thought it would be.

Where I felt like Alina, Mal and the Darkling were all a bit wooden and personality free in the books, the cast and the acting genuinely brought their characters to life. I liked it so much, that I actually picked up Siege and Storm and read the whole book. And then I read Ruin and Rising too (and loved it). And that’s how I know this is a brilliant adaptation.

What are your top 5 adaptations you liked better than the book?