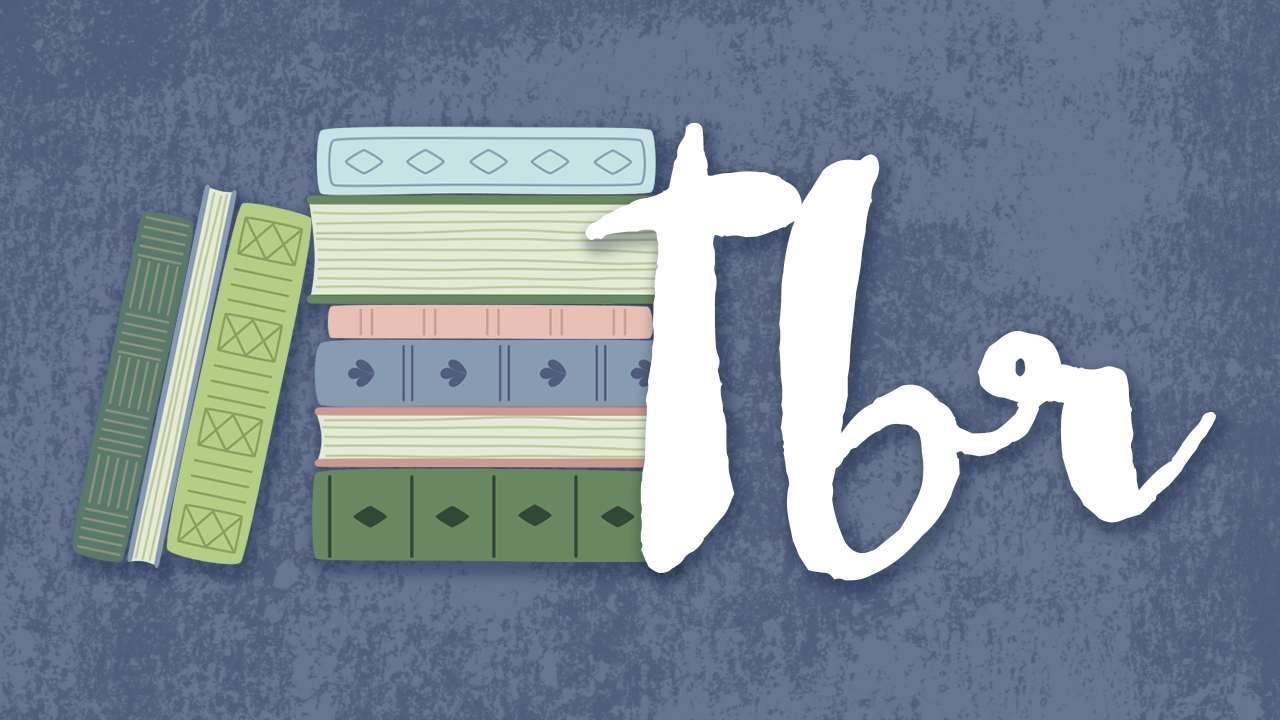 Hello bookworms!! Welcome to the April 2022 TBR post!! A monthly post where I talk about all the books that I plan to read in the next month.

You may have noticed that I didn’t write a TBR for March. That’s because all the books I thought I would read in February (but didn’t) then got bumped to March. And did I read any of them? Not a single one. So we’re going back to the drawing board a bit. The RNG books I planned to read have gone to the back of the spreadsheet, and we’re starting afresh.

So, let’s go see the books I plan to read in April!!

We are starting here because I actually have a very small pile of books that I very much want to read. One of them is also a carry over from my February TBR, but I only just got my copy last week, so it’s going into this category.

It should have been the perfect summer. Sent to stay with her late mother’s eccentric family in London, sixteen-year-old Joan is determined to enjoy herself. She loves her nerdy job at the historic Holland House, and when her super cute co-worker Nick asks her on a date, it feels like everything is falling into place.

But she soon learns the truth. Her family aren’t just eccentric: they’re monsters, with terrifying, hidden powers. And Nick isn’t just a cute boy: he’s a legendary monster slayer, who will do anything to bring them down.

As she battles Nick, Joan is forced to work with the beautiful and ruthless Aaron Oliver, heir to a monster family that hates her own. She’ll have to embrace her own monstrousness if she is to save herself, and her family. Because in this story…

8.52. Siobhan’s been looking forward to her breakfast date with Joseph. She was surprised when he suggested it ― she normally sees him late at night in her hotel room. Breakfast with Joseph on Valentine’s Day surely means something… so where is he?

14.43. Miranda’s hoping that a Valentine’s Day lunch with Carter will be the perfect way to celebrate her new job. It’s a fresh start and a sign that her grown-up life is finally falling into place: she’s been dating Carter for five months now and things are getting serious. But why hasn’t he shown up?

18.30. Joseph Carter agreed to be Jane’s fake boyfriend at a colleague’s engagement party. They’ve not known each other long but their friendship is fast becoming the brightest part of her new life in Winchester. Joseph promised to save Jane tonight. But he’s not here…

Meet Joseph Carter. That is, if you can find him.

Yes, I have my first review books of the year to read, so they’re both going on the TBR.

Kamila Hussain’s life might not be perfect, but, whew, it’s close. She lives a life of comfort, filled with her elaborate Bollywood movie parties, a dog with more Instagram followers than most reality stars, a job she loves, and an endless array of friends who clearly need her help finding love. In fact, Kamila is so busy with her friends’ love lives, she’s hardly given any thought to her own…

Fortunately, Kamila has Rohan Nasser. A longtime friend of the family, he’s hugely successful, with the deliciously lean, firm body of a rock climber. Only lately, Kamila’s “harmless flirting” with Rohan is making her insides do a little bhangra dance.

But between planning the local shelter’s puppy prom, throwing a huge work event, and proving to everyone that she’s got it all figured out, Kamila isn’t letting herself get distracted ― until her secret nemesis returns to town with an eye for Rohan. Suddenly, it seems like the more Kamila tries to plan, the more things are starting to unravel ― and her perfectly ordered life is about to be turned upside down.

Yesterday Crumb and the Storm in a Teacup by Andy Sagar   ⚔️ 🧸

Yesterday Crumb is no ordinary girl. She was born with fox ears that have cursed her to a lonely life working in the circus and her origins are a complete mystery. But she is about to escape into the adventure of a lifetime when she learns that she’s a strangeling who’s lost her magic.

Taken in by Miss Dumpling the flamboyant Tea Witch, Yesterday is introduced to a magical, walking teashop filled with fantastical customers, a flying teapot turtle called Pascal and powerful spells in every teacup!

Yesterday starts to rediscover her magic and to feel a sense of belonging. But a mysterious figure of darkness is working hard to ensure her new life comes crashing down ― and it all starts with a deadly shard of ice in Yesterday’s heart…

But there’s nothing that can’t be solved with a pot of tea, a slice of cake and a BIG dash of magic!

And finally, we have our challenge books!! Of which, we have Bookopoly and also Pondathon II (I’m skipping RNG until Pondathon ends in June).

Now, I’m not rolling again, as I still haven’t completed my February prompts, but they are:

So, here’s how we’re going to use the books above to tick these off:

Review book: Kamila Knows Best by Farah Heron
Because I am more likely to read this before Yesterday Crumb!!

Friend’s pick: Midnight Sun by Stephenie Meyer
If you’ve been around for a bit, you might know that one of my friends (Sarah) annotated a copy of Midnight Sun for me, and a whole lot of people on Instagram voted that I read it this year. When I got the ‘friend’s pick’ option, I asked Em and Sarah both declared Midnight Sun the winner. And I’ve been putting it off ever since…

Standalone: The No-Show by Beth O’Leary
While I don’t have a copy of this yet, Em is sending me one of hers, as she ended up with two review copies. She has also yelled at me that I have to read it immediately so she has someone to talk to about this.

To be confirmed once we have the prompt for the new side quest. This should be out around 2 April, but I also need to finish another book by an author with a disability for the current round.

Since I have more neurodivergent authors on my TBR, I’m going to try to smash through another Talia Hibbert, or possibly a TJ Klune, before 2 April.

So while that’s all I have here for now, I’ll likely update this section (or post an addendum?) once the next side quest is announced.