Good morning bookworms!
Today’s Top 5 Tuesday is ‘Slytherins’ (it’ll all make sense in a minute). Top 5 Tuesday is hosted by the super lovely Shanah over at the Bionic Bookworm. You can visit her here, and join in for Top 5 Tuesday by checking out all the amazing topics we have coming up!
In the words of Shanah, let me explain how this one works:
For each week of the month of February, we will be doing a different Hogwarts house! Each Hogwarts house is uniquely different in their traits (which I will outline below), and you can choose books that you think a person of that house would enjoy, or a book  with characters that fit the traits of that house. 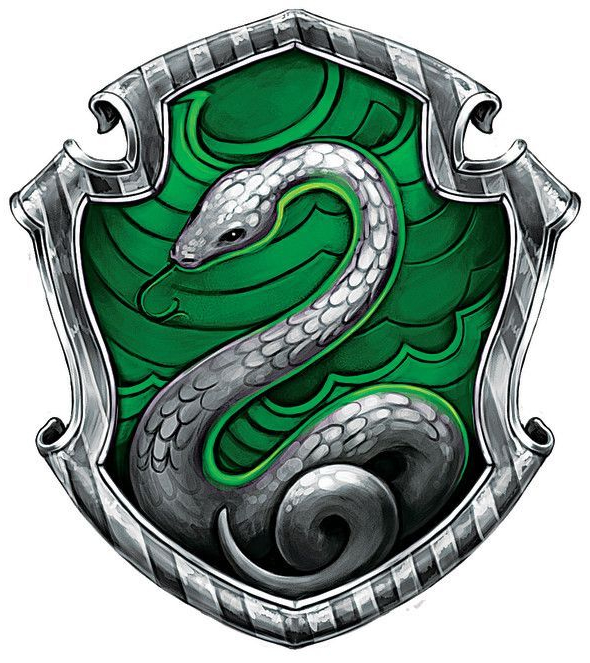 So, this week, I’ll be listing my top 5 books (or series) that have characters that should be sorted into Slytherin! Slytherin house is my home away from home – literally my second house. As much as I like to think I’m 100% Ravenclaw, there is a large percentage that is made up of Slytheriny goodness. I’m more Slytherclaw than I like to admit. Honestly, it’s really just the thought of all my books being cold in the dungeon that keeps me on the blue side of the line.
And, funnily enough, all my favourite characters are in this week’s post!

Slytherins are ambitious, driven, goal focused, determined, prepared, perfectionists, adaptable, realistic, self reliant, charming, assertive, and ruthless. They are highly selective with their loyalty, love positive attention and thrive on praise, care about the impression they give, demand respect, and can be disloyal.

I hope you’re ready, because I actually found this week to be the easiest of the houses to sort people into. Also *cough*, this may not be a top 5… more like a top 14… ? BUT I HAD SO MUCH FUN WRITING IT!! Let’s start with some of the secretly gentle souls on this list.

Both, Lira and Elian, are looking for family in To Kill A Kingdom by Alexandra Christo. Family who will accept them for who they are. Just neither of them know that yet. Lira and Elian are both ambitious (just not the way their respective families want them to be), and ruthless in trying to achieve their goals. Both demand respect, and are focused on their reputations as well. Basically they’re perfect for each other. And Slytherin. 10 POINTS APIECE TO SLYTHERIN!

My sweet, precious, little Morrigan Crow from Jessica Townsend’s Nevermoor. Mog is driven, prepared (as much as she can be with Jupiter as her sponsor), adaptable, self-reliant, and ridiculously loyal. She has taken every awful thing that has ever been thrown at her, and crafted an iron strong core from it. Mog is utter perfection (in my mind), and if Jupiter ever grows tired of her, I would absolutely adopt her. (Although my home isn’t anywhere near as cool as the Deucalion.) 20 POINTS TO SLYTHERIN!

Ahh, my broody little dark Tyrannus Basilton Grimm-Pitch (a.k.a. Baz). Have I told you guys that Wayward Son is one of my most anticipated reads of this year? HAVE YOU SEEN BAZ’S OUTFIT ON THE MOCK COVER?! (I’ve put it above for good measure.) Be still my beating heart!! (Simon Snow does not deserve this perfection.) Right, back to the point of this. In Rainbow Rowell’s Carry On (how have I not posted a review for this yet?), Baz is charming yet brooding, popular yet feared, secretly soft yet ruthless. And he has the perfect sneer. He’s basically Draco, but how all the fanfics paint him when he’s paired with Harry – so, nicer than Draco. 30 POINTS TO SLYTHERIN.

Niklas Malikov, from Amie Kaufman and Jay Kristoff’s Gemina, is your classic tattoo-covered bad-boy with a secret heart of gold. Except his heart isn’t really pure gold – more like gold-plated. Nik smokes and drinks and gambles and is growing some weird kind of alien in order to turn it into drugs and make a profit. Except he’s kind of lazy and neglectful and BAD THINGS HAPPEN. Nik’s really the more charming, assertive, loves adoration and praise being lavished on him type of Slytherin. There’s no diligence here. But he knows that family is first, and where his loyalties are as well. 40 POINTS TO SLYTHERIN!

The Raven Boys‘ Ronan Lynch and his black, black heart would certainly fit into this crowd of misfits and marshmallows. Ronan is the epitome of ‘plays by his own rules’, but he has a grudging respect (and love) for his friends and family. My recommendation is that you probably don’t mess with them for fear of retribution. However, it wouldn’t take much to piss him off, and you might find yourself on the outside looking in (he might come around, who really knows). I would give points for Ronan, but he’d probably lose them and end up in detention. If he came to school in the first place…

NOTE: From here on out the characters definitely get a little stabbier. I mean, some of the above will stab you also (and rip your heart from your chest while drowning you), but these ones are REALLY stabby.


Jude Duarte and Cardan Greenbriar of Holly Black’s The Folk of the Air trilogy (The Cruel Prince and The Wicked King). So, while I am not fortunate enough to have seen Holly Black live (does she ever leave the US?), I do have amazing friends on Instagram who have and filmed some of it *dies*, so believe me when I say that I’m 99% sure that HB would also put these two in Slytherin. The particular interview that I saw bits from was where she spoke about their characters. I can’t quote it, but it basically went along the lines of:
Cardan: I’m so mean and evil, you’ll never be as bad as me!
Jude: Yeah? Well I see your bad, and I call it. On second thoughts, f*ck it! I’m all in.
Cardan: Uhhh… I was only bluffing. You’re legit cray!
It wasn’t actually poker references, but that was the gist. Anyway, they’re both so self-reliant, but also so concerned with their images and being respected that sometimes these two miss what’s right in front of them. And if there’s a character out there who is more driven and ambitious than Jude, well, I haven’t seen them. 50 POINTS EACH TO SLYTHERIN!

Andrew Minyard and Neil Josten are both my Slytherin babies. I mean, Andrew’s psychotic, so likely wouldn’t be allowed to play with the other kids, but they might let him on the quidditch pitch (I’d like to see him as a beater rather than goalkeeper though – just for one game). Where was I? Oh, right.
In Nora Sakavic’s All For the Game trilogy (The Foxhole Court, etc.) Neil is the definition of Slytherin: he basically has a tick point against everything in the list above. Maybe with the exception of being realistic. 60 POINTS TO SLYTHERIN!
Andrew, however, only cares about one thing, and that’s loyalty. Your word is your everything as far as he is concerned; he is fiercely loyal and expects trust from those around him. It’s probably also why his inner circle is so tiny. And if he sees you as a threat, then you’re gone for good. 70 POINTS TO SLYTHERIN!

Mia Corvere and Ashlinn Jarnheim from Jay Kristoff’s The Nevernight Chronicle (Nevernight and Godsgrave). I mean, do I have to say anymore for this one? No? Ok, but I probably will anyway.
Let’s start with Ashlinn. Deceitful, charming, apparently loyal but utterly backstabbing (and then switching again), ruthless, and narcissistic. Ash would definitely not fit into any other house. 80 POINTS TO SLYTHERIN!
And Mia Corvere… what to say about Mia. Not only would she not fit into any of the other houses, with a mouth like hers (and I don’t mean it’s sultry), I doubt they would want her. Mia only plays by her own rules and can hold a grudge like you’ve not seen in your life (you can bet your ass she’s got plans for Solis later on). Mistrustful, wholly self-reliant, determined to the point of singularly focused, while not a quiet achiever Mia certainly demands praise for her efforts and has been known to sulk. And I bet there’s nowhere else Mister Kindly and Eclipse would rather hang out than the dark of the Slytherin Dungeons. 100 POINTS TO SLYTHERIN! (MK and E get 5 each for being badass awesome.)
I had a hard time picking one Head of house for Slytherin, so I’ve picked two candidates that will probably hate each other, so it’s perfect! One will be able to teach the art of war and strategy: meet Professor Madoc (Jude will be so pleased). While the other can teach the art of assassination, information gathering and blending in: Mercurio. And if you’re looking for a cup of tea and a piece of cake (I hear the free kind is the best), then you’re definitely better off seeking out Mercurio for the evening. (I also wouldn’t like to be caught out of bed by either of them.)
Final scores as follows:
? = 210 points
? = 280 points
?= 215 points
? = 500 points
And with Slytherin that far ahead of the others, I think we can safely award the house cup!