I came onto WP to check where my post was it, but it’s DISAPPEARED!! ? So I’m drafting again, but it will never be as good as what I wrote last week (probably a lie, but also, who did I put for I before?!), and I’m late for today!! *sorry!!*

Today’s Top 5 Tuesday is authors from F-J, which is a continuation from last week’s topic! As I mentioned before, I’m also going to try and not do the obvious choices for letters (there won’t be any Jay Kristoff’s or Holly Black’s on my list) so long as I can find someone else (although you can bet that Maggie Stiefvater will be in the S spot)!

Look, if I don’t scream about Dragonclaw and The Witches of Eileanan here, then I am doing YOU a disservice. The Witches of Eileanan is a six-book series about an apprentice witch names Isabeau in a land that has made magic illegal. There is prophecy, magic, found family, lost family, the best love triangle I have ever read, and this series shaped my childhood.

If historical fiction is more your thing, then I have good news for you on this front too. Kate (Aussie author shout-out) has written a bunch of historical fiction that are fairytale retellings, some with sci-fi elements (think portals to magical lands, not space wars) and they are beautiful stories. Bitter Greens and Beauty in Thorns are on my shelves.

Beloved Aussie author, Kerry Greenwood, is my pick for G. I love the Corinna Chapman series – it’s a crime fiction series set in modern day Melbourne, Australia, and Corinna is not your average detective. In fact, she’s not really a detective at all – she’s a baker. My favourite kind of person (besides fictional ones). Corinna owns a bakery, takes in strays (kitties and people) and feels compelled to help her neighbours when they get into strife (less my cup of tea, but I enjoy the drama of it). It’s a really fun series, and starts with Earthly Delights. (Also, the MC is plus sized so has good body positivity rep!!)

Her other main series, which you may have heard of, is the Phryne Fisher series, set in the 1920’s and has been turned into a TV series called Miss Fisher’s Murder Mysteries. And I believe they have just released a movie as well.

Tom Holt, you dastardly clever man, what did I ever read when I wanted something funny before you?! Tom Holt is a witty, imaginative person who has managed to create something I didn’t think was possible – a fantasy book that feels like the world is run by someone with an MBA. In fact, I feel like Tom has worked as a physics professor, human resources professional, and theologist – all in one lifetime. And I’m not explaining myself well at all.

Holt has a four-book sci-fi/fantasy series where you can portal to a land of the character’s own imaginings by looking through the hole in a doughnut. Yup. The series is called YouSpace, and the science part of it blows my mind, while the comedic part of it has me in stitches. I highly recommend this (especially if you love Pratchett and/or have ever worked in an office).

On the other hand, he also writes hilarious ‘what if’ mythological retellings that you should also read, such as Who’s Afraid of Beowulf?.  Also, some of the best book titles that I have ever seen: You Don’t Have to be Evil to Work Here, But it Helps.

100% honesty here: I still have not read Julie’s book, but I want to! I was going to read it as my J book in last year’s A-Z reading challenge, but I just plain forgot… (problems with only looking at challenges once per month when you did the write up!!

However, the reviews I have seen for Juniper Lemon’s Happiness Index are all pretty positive!! The story is about a girl, Juniper, who loses her sister in an accident, and her mission afterwards to find the person that her sister wrote a letter to – one that is only addressed to ‘You’. From what I know about it, the story focuses on Juniper’s personal growth and how she deals with her sister’s loss from her life, and it makes people cry. So, 10/10 am putting back on my TBR!! 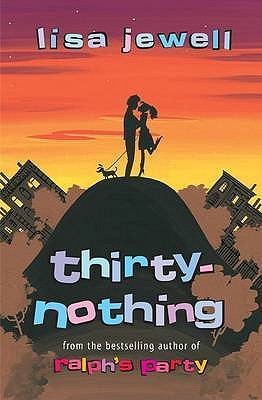 I am fully aware that Ms Jewell now seems to write a lot of thriller books (FYI, not for Meeghan), but way back when, she wrote a lot of contemporary adult fiction, and I LOVED IT.

My first foray into Jewell’s work was in around 2003 when I was living in the UK and primarily reading ‘chick-lit’ (because apparently only men write literature, and females write drama / fiction for women… ?). Annnnnnyway, I came across Thirty-Nothing and fell in love. I then devoured Ralph’s Party, One Hit Wonder, A Friend of the Family and several more. I still believe these are some of the best adult contemporary (not romance) novels I have ever read. While some of them do have a romantic aspect to them, they often focus on other things, such as family secrets, what it means to grow up, juggling a family and a career, etc. Would recommend if you think you want to try adult fiction!!

Top 5… series I won’t be finishing