Hello bookworms!! Welcome to Top 5 Tuesday!! This week’s topic is top 5 books that would make a good montage scene.

Yes, it’s a small addition to the adaptation theme from May, but a fun one at least!! By its very definition, a montage is the technique of selecting, editing, and piecing together separate sections of film to form a continuous whole. Cinefix do a great job of explaining different types of montages used in film, which you can see below. But my favourites are the narrative ones (think Carl and Ellie’s relationship in Up) and the change (*cough*, makeover, *cough*) ones.

Talking about adaptations though, Cinefix also do a whole series called What’s the Difference where they compare movies to their original bookish counterparts. I may or may not have lost several hours today watching this instead of writing my post…

top 5 books that would make a good montage scene

Tokyo Ever After by Emiko Jean 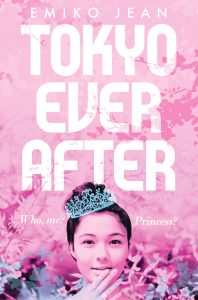 If you haven’t picked up Tokyo Ever After yet, can we start with that? You really should. It’s a new release (last week in Australia), and honestly I cannot recommend it more. Tokyo Ever After is the YA contemporary child of The Princess Diaries and Crazy Rich Asians.

Izumi, our MC, is a small-town US girl, raised by her mum, but has never really fit in where she lives. Suddenly she is thrust into the glitz and glamour of Tokyo’s Imperial family, and unfortunately, this isn’t as smooth as she would like either. So, which world does Izumi belong to, and how can she be her true self?

This book (if adapted) could have an amazing amount of montage scenes. But the one that I would be here for would be the princess training one. But also the seeing the sights of Japan. Or both together? Maybe they could be spliced together in a “learning cutlery” scene, spliced with an official visit to a temple. Then Japanese lessons, followed by walking around the palace grounds. Or maybe practicing Kanji, and a whirlwind scene state dinners and new outfits. Who doesn’t love a clothing montage?!

The Flatshare by Beth O’Leary 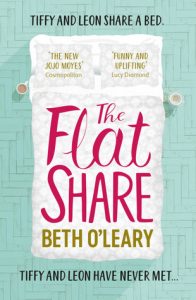 Look, odd choice I know, but hear me out. In The Flatshare Tiffy and Leon (our MCs) share an apartment although they have never met. And not just an apartment, but a bed. Yes, it’s the “there’s only one bed” trope in a novel. I love it so much.

So, picture this… Tiffy and Leon going about their days in clip form, but at opposite times. It’s 8:30am and Tiffy is on her way to work and grabs a coffee. Cut to, Leon is on his way to work at 6:30pm and gets a coffee. Then it’s 10:30am and Tiffy is at her desk doing paperwork (honestly I can’t remember what Tiffy does, but I think it’s officey – my book is upstairs and I’m being lazy). Cut to 9:00pm and Leon is filing patient paperwork in the nurse’s office. Back to Tiffy and she’s having lunch in the park across the street. Then back to Leon and he’s having his dinner at midnight in the cafeteria.

You could easily show how the similarities of their days line up, but in opposite so that you can tell how they share the apartment without ever meeting. Or you could be super bold and split the screen (one side Tiffy, and one side Leon), and show how their days are opposite in times. Tiffy leaves the apartment as Leon is walking down the street. Leon sleeping while Tiffy has lunch. Tiffy going out for a drink while Leon gets up and ready for work. Leon leaving for work just as Tiffy is coming home. Tiffy curling up with dinner on the couch as Leon checks on patients.

You could also intersperse these scenes with images of the little post-it notes they leave each other. That could make some fun montage scenes!! 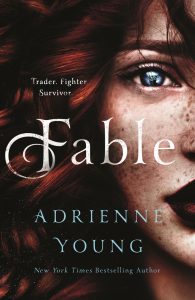 I really like when montages are used to show a life narrative to a certain point. Whether the scene has already been set and the montage is the character remembering the past, or it’s the introduction to the story. Either way, so long as it’s done well, then it’s enjoyable.

I think this could be used well in Fable. We don’t know a whole lot about Fable’s parents and her relationship with them as it’s told in glimpses of information dripping throughout the book. But, it could be done as a montage scene if this was adapted.

You’d have Fable with her loving parents, cut to some sad moments. (I won’t detail as spoilers!!) Then more glimpses of her growing up in harsher conditions. Eventually you can show her arriving on the island, and her life to the start of the story.

Told in this way, I think you could get across the brutal reality of her truth, as well as show the important parts of her history, while still highlighting the natural beauty of the setting and how different it is from her past.

A Court of Silver Flames by Sarah J. Maas 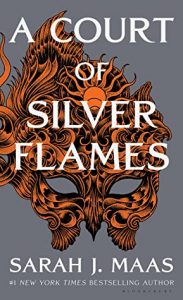 I have two words for you: Training montage. I mean, if you’ve ever seen any sort of hero movie where there’s an underdog, you’ve likely seen a training montage. Rocky, The Karate Kid, G.I Jane, Batman Begins, Mulan: they all have one.

And who better to have a training montage than the queen of snark and sarcasm herself. Yes, I mean Nesta. You guys know how I feel about Nesta (and if you don’t, here’s me explaining it in detail). So when I read A Court of Silver Flames, and we got to the part on the roof where Nesta and Cassian start training, I knew this would be an amazing montage scene.

You know what else would make a great montage in this? The House and Nesta conversing, sharing book recommendations and cake. Plus the library scenes. Can we make half of this story montages? I can try!! There’s so many other scenes that I could scream about, but I’m trying to not spoil the whole book too…

Perfect on Paper by Sophie Gonzales 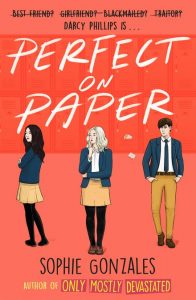 Yes!! I love this adorable bisexual romantic story so much. Possibly too much. Is that a thing? Not really!!

But, the part of Perfect on Paper that I envisage would make an amazing montage scene – Darcy collecting and responding to the letters in Locker 89. In this story, Darcy, our MC, runs an advice column from Locker 89. Eventually she gets caught, but instead of turning her in, the person requests her help. You know, kind of a blackmail deal.

Anyway… the advice requesters dropping off letters, snippets of them on screen, Dracy picking up the letters, and then posting replies to them on the website – would make a great montage scene. It would also give viewers the benefit of seeing the type of questions and advice Darcy gives without having to go into too much backstory. It’s a nice set up and explanation sequence that delivers the necessary exposition without being an information overload.

What are your top 5 books that would make a good montage scene?