Today’s Top 5 Tuesday is authors from A-E! Yes, it’s a new month-long series. Last year we did book titles, and this year it’s fave authors. I’m so excited!! I shall be doing author surnames. (Because I’m being lazy and that’s how my books are sorted… I knew I changed them back from rainbows for some reason!!) I’m also going to try and not do the obvious choices for letters (there won’t be any Jay Kristoff’s or Holly Black’s on my list – so long as I can find someone else – Maggie Stiefvater will definitely be making an appearance)!

Have you ever read those books where the story is so heart-wrenching that you bawl your eyes out when the main character hits rock bottom? Well, Maggie Alderson writes them perfectly. Mostly because that is nearly* every single book that she writes. (I have to say ‘nearly’ because I still haven’t read The Scent of You). If I had to recommend only one book, it would be Shall We Dance?, which is about a 40 year old mother and her 18 (19?) year old daughter and their relationship. The mum is a successful fashion designer / vintage clothing upcycler (before it was cool) who gets a second chance at love. Her daughter is trying to figure out who she is and also how to be successful in her own right, not in her mum’s shadow.  Also, they both go to a music festival and I just love this whole concept.

Also, I’m probably just going to try and shove as many Aussie authors into this series as I can, because they deserve the recognition.

It’s been a while since I have read my last Tilly Bagshawe book, and it actually makes me a bit sad. In saying that, Tilly hasn’t stopped writing (that I’m aware of), it’s just that she has been continuing Sidney Sheldon’s series from the 80’s (?) and I have no interest in reading them. But I hear great things anyway.

Books of Tilly’s that I CAN tell you about are her romance / contemporary novels. I’m pretty sure that I have yelled about Adored many times before, and I am absolutely due for a reread of it. However, today I want to tell you about Do Not Disturb, which was probably one of my very first enemies-to-lovers loved books, where I genuinely recognised the trope as I was reading it. Do Not Disturb is about a young woman who wants to restore her family’s hotel in the Hamptons. While Honor (our MC) is wanting the glamour of old Hollywood, her competition up the street is as modern as it gets. And that’s just the beginning of their relationship! 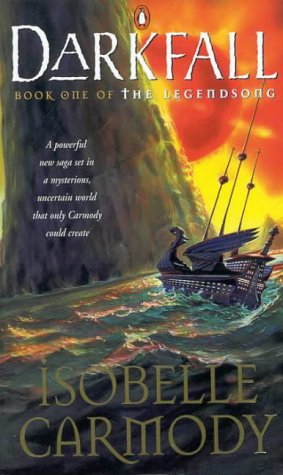 Honestly, I thought long and hard about not using Carmody, but I don’t know that she is all that popular outside of Australia. Despite taking the majority of my life (and the equivalent of some of your lives) to finish the Obernewtyn series, I still very much love her writing and her story-telling. And while these are the books that I do scream about the most, I actually love the first two books in the Legendsong trilogy more (but I’m still waiting for the final book).

Darkfall tells the story of twin sisters, Glynn and Ember who fall through a portal of sorts, and end up on an alternate universe, but not at the same time. While Glynn is trying to get home to save her sister (Ember has a brain tumor), Ember is also transported to the world. Unfortunately nothing is ever simple as there is a prophecy on this strange land that talks of visitors, and Glynn is captured. Both sisters have their own quests to fulfill, and the story is wonderful. I must say, it’s been quite a while since I have read the books, but I can tell you that I remember the feeling of other worldness that they imparted on me. And you can rest assured that when the final book IS released, I’ll be screaming at you all to read it.

I am sure that you all know how amazing Cait is. She writes the most emotional books, she takes the most beautiful pictures, AND she also has a hilarious blog. What else is there to say? (Plus, bonus point for being an Aussie.)

However all of my friends still have Cait’s books on their TBRs, no matter how much I scream at them, so this one really goes out to them. READ THE BOOKS. Read A Thousand Perfect Notes because it’s amazing and the description of the music is alive, and Beck is brilliant, and August is sunshine.

Then go read The Boy Who Steals Houses because it is perfect. The De Lainey’s are the greatest fictional family to ever exist (yup, better than the Weasley’s), and Moxie is a gooey caramel covered in sharp words, and Sam is a marshmallow covered in scrapes and bruises. Also, The Girl Who Steals Christmas (short story prequel) made me cry at a car wash.

Look, if I didn’t put Evanovich here, I’d really just be lying to myself. I have read every book that Janet has published. It’s a lot. She is my most read author by an actual landslide. And I buy each new one on release day and tear through them very quickly. I’m not saying they are literary masterpieces at all – but they are fun, and to be completely honest, I’ve been reading the Stephanie Plum books since 2006 and I’m not bored yet.

If you’re looking for a trashy, action-filled, cosy mystery, with hijinks and an enemies to lovers, slowest-burn ever, romance, then I would shove the Fox and O’Hare books at you. Kate O’Hare is an FBI agent, Nick Fox is a wanted fugitive. Kate and Nick have been circling each other for quite some time, but when she finally catches him, she’s really not going to like what happens next. Shout out to Kate’s dad who is the most hilarious side-character and I love the way he looks out for his daughter.

Top 5… books set in your own country