Yes, it’s a new month, a new quarter and thank goodness the last scavenger hunt is over. I’m hoping this month’s topics are vague enough for everyone to enjoy, no matter what genre you read!! Also, it’s always nice to look at allllll the new books coming out over the next three months. I’m so excited to see everyone else’s lists! Mostly so I can add more books to my TBR…. Kidding! (.)

If you missed the April-June 2022 topics, they are out now! Top 5 Tuesday was created by Shanah @ Bionic Book Worm, and is now being hosted here @ Meeghan reads.

I actually had a super hard time picking just five books for the next three months. Partly because FOUR of these books are all coming out on 3 May 2022, so I guess May is going to be a big month. In fact, it looks like it’s going to be an amazing quarter for books!! 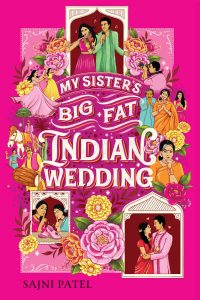 Published: 19 April 2022
I absolutely adored The Trouble With Hating You by Patel when I finally got around to reading it in January. And if this book is as amazing as I think it will be, then Sajni Patel will be added to my list of auto-buy authors very quickly!!

Zurika Damani is a naturally gifted violinist with a particular love for hip hop beats. But when you’re part of a big Indian family, everyone has expectations, and those certainly don’t include hip hop violin. After being rejected by Juilliard, Zuri’s last hope is a contest judged by a panel of top tier college scouts. The only problem? This coveted competition happens to take place during Zuri’s sister’s extravagant wedding week. And Zuri has already been warned, repeatedly, that she is not to miss a single moment.

In the midst of the chaos, Zuri’s mom is in matchmaking mode with the groom’s South African cousin Naveen—who just happens to be a cocky vocalist set on stealing Zuri’s spotlight at the scouting competition. Luckily Zuri has a crew of loud and loyal female cousins cheering her on. Now, all she has to do is to wow the judges for a top spot, evade getting caught by her parents, resist Naveen’s charms, and, oh yeah… not mess up her sister’s big fat Indian wedding. What could possibly go wrong? 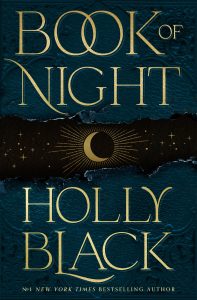 Published: 3 May 2022
Am I screaming because Holly Black is back with a brand new fae book? Yes. Am I screaming even harder because it’s Black’s first adult book? You bet I am.

In Charlie Hall’s world, shadows can be altered, for entertainment and cosmetic preferences ― but also to increase power and influence. You can alter someone’s feelings ― and memories ― but manipulating shadows has a cost, with the potential to take hours or days from your life. Your shadow holds all the parts of you that you want to keep hidden ― a second self, standing just to your left, walking behind you into lit rooms. And sometimes, it has a life of its own.

Charlie is a low-level con artist, working as a bartender while trying to distance herself from the powerful and dangerous underground world of shadow trading. She gets by doing odd jobs for her patrons and the naïve new money in her town at the edge of the Berkshires. But when a terrible figure from her past returns, Charlie’s present life is thrown into chaos, and her future seems at best, unclear ― and at worst, non-existent.

Determined to survive, Charlie throws herself into a maelstrom of secrets and murder, setting her against a cast of doppelgangers, mercurial billionaires, shadow thieves, and her own sister ― all desperate to control the magic of the shadows. 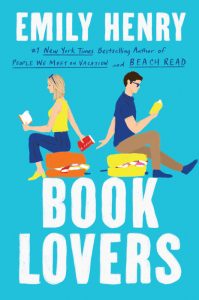 Published: 3 May 2022
I LOVE Emily Henry books. And if this book is as good as I’m expecting, then Henry will also be making my auto-buy authors list. Honestly, how are there so many amazing authors out there?!

Nora Stephens’ life is books ― she’s read them all ― and she is not that type of heroine. Not the plucky one, not the laidback dream girl, and especially not the sweetheart. In fact, the only people Nora is a heroine for are her clients, for whom she lands enormous deals as a cutthroat literary agent, and her beloved little sister Libby.

Which is why she agrees to go to Sunshine Falls, North Carolina for the month of August when Libby begs her for a sisters’ trip away ― with visions of a small town transformation for Nora, who she’s convinced needs to become the heroine in her own story. But instead of picnics in meadows, or run-ins with a handsome country doctor or bulging-forearmed bartender, Nora keeps bumping into Charlie Lastra, a bookish brooding editor from back in the city. It would be a meet-cute if not for the fact that they’ve met many times and it’s never been cute.

If Nora knows she’s not an ideal heroine, Charlie knows he’s nobody’s hero, but as they are thrown together again and again ― in a series of coincidences no editor worth their salt would allow ― what they discover might just unravel the carefully crafted stories they’ve written about themselves. 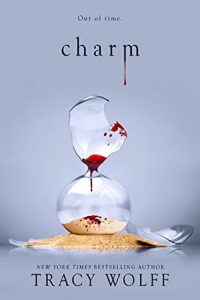 Published: 3 May 2022
Yes, this is the FIFTH book in the Crave series, and it’s not the last one. It’s not even the last one coming out this year. (Which is unbelievable considering book 4 only came out in February.) I am still very much enjoying this series, but it has lost a little bit of it’s charm (haha) when it lost some of its humour in favour of more serious drama.

Unravel the mystery of the missing four months between Grace and Hudson ― when she finds herself trapped with the last boy she ever expected, and certainly the most obnoxious one she’s ever met. If he doesn’t shut up, she just might kill him… if she doesn’t end up kissing him first. 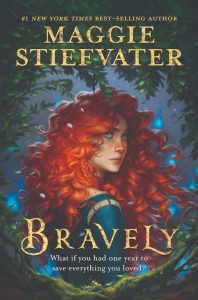 Published: 3 May 2022
Why LOOK!! It’s a brand new Maggie Stiefvater book!! AND it follows on after the events of Brave!! Which means, it’s also more Celtic mythology. Bravely will likely be one of my most anticipated books of this entire year, and I cannot wait to read it.

What if you had one year to save everything you loved?

ONE PRINCESS. Merida of DunBroch needs a change. She loves her family ― jovial King Fergus, proper Queen Elinor, the mischievous triplets ― and her peaceful kingdom. But she’s frustrated by its sluggishness; each day, the same. Merida longs for adventure, purpose, challenge ― maybe even, someday, love.

TWO GODS. But the fiery Princess never expects her disquiet to manifest by way of Feradach, an uncanny supernatural being tasked with rooting out rot and stagnation, who appears in DunBroch on Christmas Eve with the intent to demolish the realm ― and everyone within. Only the intervention of the Cailleach, an ancient entity of creation, gives Merida a shred of hope: convince her family to change within the year ― or suffer the eternal consequences.

THREE VOYAGES. Under the watchful eyes of the gods, Merida leads a series of epic journeys to kingdoms near and far in an attempt to inspire revolution within her family. But in her efforts to save those she loves from ruin, has Merida lost sight of the Clan member grown most stagnant of all ― herself?

FOUR SEASONS TO SAVE DUNBROCH ― OR SEE IT DESTROYED, FOREVER.

What are your top 5 anticipated books this quarter?

Top 5 books that got me into reading

Top 5 books that have been on my TBR since forever