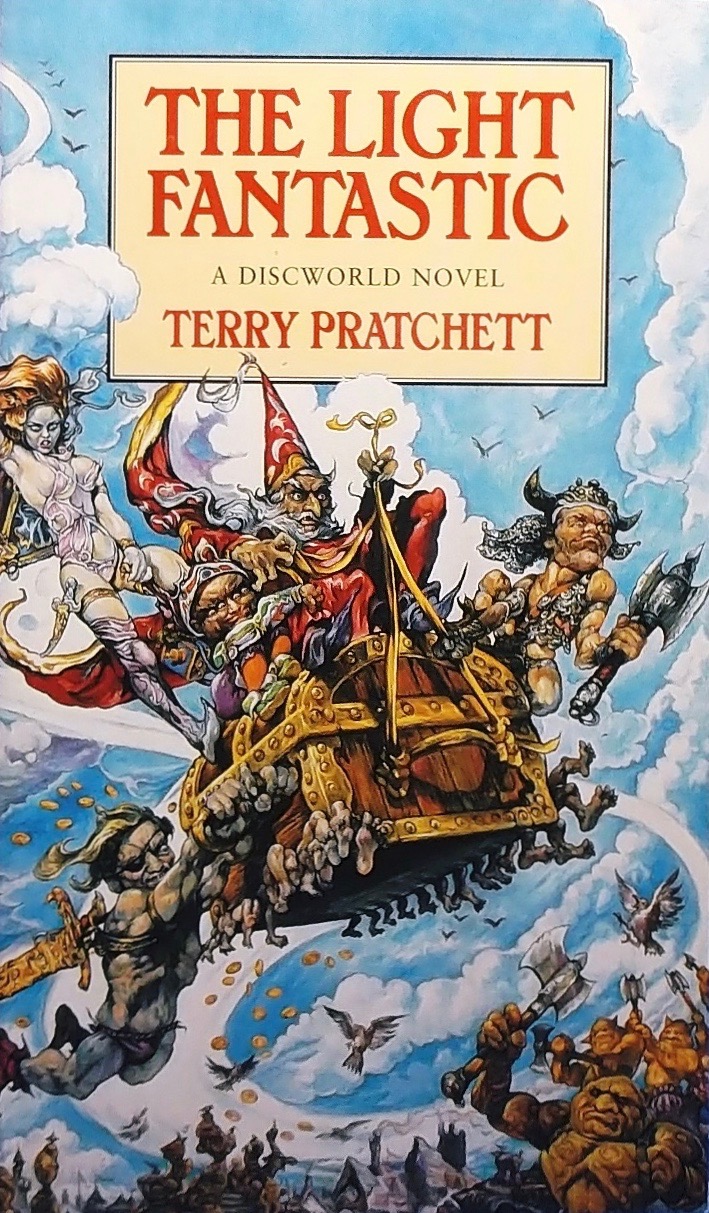 Release date: 2 June 1986
Rating: ★★★★★★★ – 7/10
Goodreads link
Book Depository link (link is for clothbound editions; pictures above are the versions I own, the paperbacks which I’m not entirely sure you can buy anymore.)

As it moves towards a seemingly inevitable collision with a malevolent red star, the Discworld has only one possible saviour. Unfortunately this happens to be the singularly inept and cowardly wizard called Rincewind, who was last seen falling off the edge of the world…

Once again, before we get started, I am reading the ENTIRE Discworld series with Nicole from The Bookwork Drinketh and Kathy from Pages Below the Vaulted Sky (who seriously has the coolest blog name ever). And if you would like to join us (one book per month for about 17 years, give or take), then please feel free to contact either of the above amazing peeps.

So… if I’m being honest, I totally skim read this book. It’s partly that I wasn’t feeling it, partly that I’ve already read 9 books this month, but mostly that I just keep forgetting how much Rincewind annoys me!

So, if my memory serves me correctly (with the assistance of my skim-read), Rincewind, Twoflower and the ever delightful Luggage are plummeting through space and time (not really, it’s more like space and water), when the book that holds the Creator’s spells (seven of the eight anyway) magically shift the Disc so that Rincewind, Twoflower and Luggage end up in Skund instead of dead, or, in the case of Twoflower, actually seeing what sex the Great A’Tuin is.

However, there are a couple of things that stuck with me in my reminiscing of this book.

Pratchett is a master comedian author. There are some very funny lines in this book, that are hilarious even without any context (in fact, they might even be funnier without context). As below:

Ankh-Morpork! Pearl of cities! This is not a completely accurate description, of course — it was not round and shiny — but even its worst enemies would agree that if you had to liken Ankh-Morpork to anything, then it might as well be a piece of rubbish covered with the diseased secretions of a dying mollusc.

“Yes, yes,” said Bethan, sitting down glumly. “I know you don’t. Rincewind, all the shops have been smashed open, there was a whole bunch of people across the street helping themselves to musical instruments, can you believe that?”
“Yeah,” said Rincewind, picking up a knife and testing its blade thoughtfully. “Luters, I expect.”

And possibly my favourite line, and the reason I dislike the wizards so much, all wrapped into one:

Unseen University had never admitted women, muttering something about problems with the plumbing, but the real reason was an unspoken dread that if women were allowed to mess around with magic they would probably be embarrassingly good at it…

So, in conclusion, while there are no Discworld books that I dislike (as they are all hilarious), this is probably the one I like the least… However I did realise tonight that I’ve actually not read two of them before, so that might change later on!

Others who participated in this read-a-long (review-a-long?) are:

A Storm of Pages 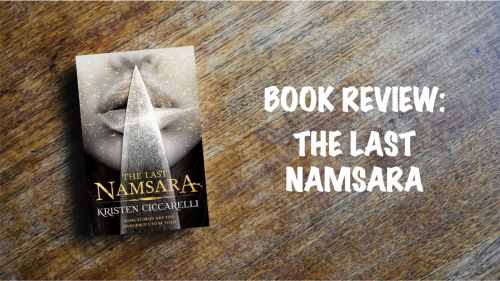 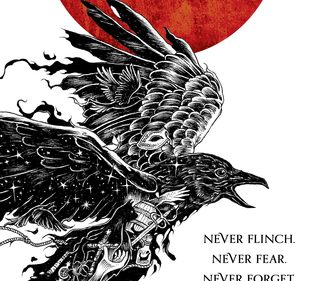