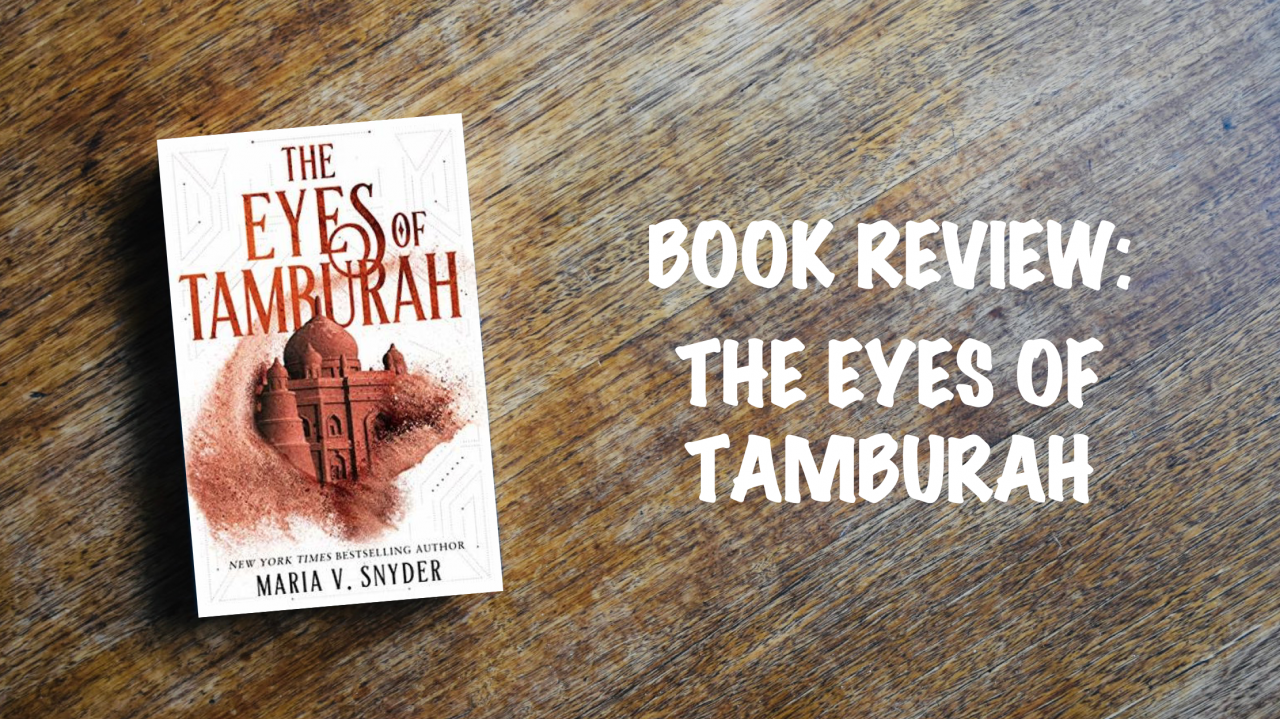 The Eyes of Tamburah (Archives of the Invisible Sword #1) blurb:

‘He thinks you are the thief…’

Shyla is a researcher who resides in the underground desert city of Zirdai, which is ruled by the wealthy Water Prince and brutal Heliacal Priestess. Even though Shyla is sun-kissed – an outcast, considered cursed by the Sun Goddess – she is still renowned for uncovering innumerable archaic facts, lost artefacts, ancient maps, and obscure historical documents. Her quiet life is about to change when Banqui, an archaeologist, enlists her services to find The Eyes of Tamburah: legendary gemstones that bestows great magic to its wielder. These ancient objects can tip the balance of power and give whoever possesses them complete control of the city.

But chaos erupts when The Eyes are stolen soon after they’re found – and Shyla is blamed for the theft. Forced to flee, with the Prince’s soldiers and the Priestess’ deacons on her trail, Shyla must recover the jewels and clear her name. A quest that will unearth secrets even more valuable than The Eyes of Tamburah themselves….

Every time I think I’m over dystopian books, one book comes along and makes me remember how good they are. Seriously, I kind of wish it was Jay Kristoff’s LIFEL1K3 series, but this accolade goes to Maria V. Snyder’s Archives of the Invisible Sword series, of which the first book (this one) came out last week. I have heard comparisons between this and Lara Croft, and that’s actually a pretty apt description.

So, our MC, Shyla, is your basic treasure-finding, ancient language decrypting badass who winds up in a precarious position with the leaders of the underground city of Zirdia, and in order to save herself, indentures herself to find the stolen artifacts. This commences a race across the desert under the killing sun (the sun will literally kill you in this world), chases through underground cities, and putting her faith in a group of strangers that either don’t trust her, want her dead, or may stab her in the back at any opportunity.

All this treasure hunting and a bunch of brutal beatings would probably take it out of most people, but I feel like Shyla just doesn’t know when to quit – and it just may work out in her favour.

There is, of course, the possibility of a love interest or two (or three) thrown around as part of the plot, but this is such a small piece of the storyline that if romance isn’t your thing, you can still feel free to read this.

So, the characters and the plot are great. Why not 5 stars? There’s something about dystopian books that does my head in, and it’s definitely to do with world building.

In this story to ensure that we know it’s different, Snyder has changed the terminology for time. ‘Angles’ are used instead of hours (and I believe it’s worked on the 360 degree rotation of a circle, but for the life of me I couldn’t figure it out for the first two thirds of the book), a ‘sun jump’ is a day, or 24 hour period, and I’m 93% sure that a ‘cycle’ is the equivalent of a year, or a cycle around the sun. Every time I read the words for day and year, I had to remember what it means and it pulls me out of the story every time while I try and figure out the translation. I don’t think it would have made any changes to the world building if Snyder had used normal terminology. The world itself was different enough without creating new (and possibly confusing) words.

I also feel like I need to say that I loved Snyder’s Poison Study / Chronicles of Ixia series. And while this is definitely not that series, they do have some similarities. Shyla and Yelena, both:

I did really enjoy this book though, despite my little grump above, and I am very much looking forward to reading the next instalment!!

I received a free copy of this from NetGalley in exchange for an honest review.
All opinions are my own. 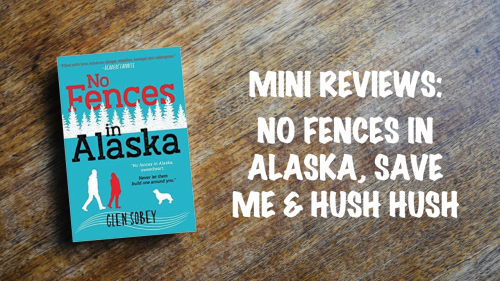 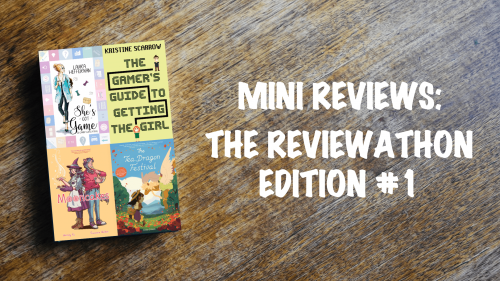 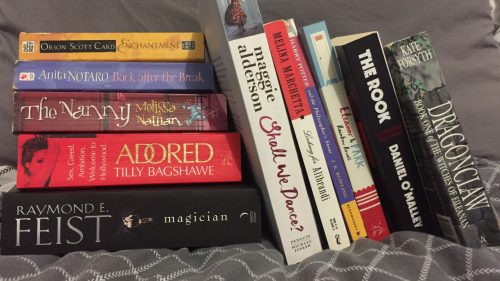