Release date: 15 June 1989
Goodreads link
Book Depository link (link is for clothbound editions; pictures above are the versions I own, the paperbacks which I’m not entirely sure you can buy anymore)
Rating

Being trained by the Assassin’s Guild in Ankh-Morpork did not fit Teppic for the task assigned to him by fate.
He inherited the throne of the desert kingdom of Djelibeybi rather earlier than he expected (his father wasn’t too happy about it either), but that was only the beginning of his problems…

Once again, before we get started, I am reading the ENTIRE Discworld series with Nicole from The Bookwork Drinketh and Kathy from Pages Below the Vaulted Sky. And if you would like to join us (one book per month for about 17 years, give or take), then please feel free to contact either of the above amazing peeps.
However, I think I’m out of sync, and I’m definitely behind on reviews… especially the ones I have accidentally skipped. (What happened in January??) You’ll find the list of books to date at the end of this post. (With review links where they have been completed!)
Ok, let’s get started! Of the Discworld books, Pyramids is considered book 1 of the ‘Gods collection’. Although this is considered book 1 of 2, it’s not the characters or setting that return in Small Gods, but the Gods themselves, and not even all of them. So if you’re looking for a stand alone in the series to get you started, this one (and Small Gods) might be a good entry point, as you don’t need to know anything else about the series, and it’s good introduction to Pratchett’s writing. This is the seventh book in, and I felt like he’s really started to hit his groove now with the humour, although the plot is a little lacking in tying up all the pieces neatly at the end. I definitely enjoyed this book more on the re-read than the first time around.
In this instalment of social commentary disguised as comical fantasy, Pratchett pokes a lot of fun at faith, organised religion and how this interacts with running countries. This book is set in Djelibeybi, the Discworld’s version of Egypt (and pronounced very similarly to ‘jelly baby’ which has a few tie-in jokes during the novel).
Teppic*, our new Pharaoh, is feeling somewhat unprepared for his life. And considering his training for the throne didn’t really revolve around ruling a country, and more about how to cut someone’s throat, then I can kind of understand where he’s coming from. Teppic also faces some challenges with the local high priest, Dios, as Djelibeybi is definitely a country where the church is so involved in politics, the Pharaoh is really more of a figurehead / puppet, while the church pulls the strings in the background. And you know the saying: Politics and religion don’t mix. This definitely creates some interesting dynamics between the two, with Dios being very traditional and set in his ways, and Teppic trying to orchestrate change.
As the story continues, we find that Teppic’s real “responsibility” is building a pyramid for his late father to rest in. The thing with the pyramids in Djelibeybi though, is that they kind of somehow control time. And due to the fact that Teppic’s father’s pyramid is being built with magic, some (magical) craziness happens that distorts time itself, and throws the whole country off its axis, and Djelibeybi somehow unsyncs itself from the remainder of the Disc. This is turn creates a whole host of problems, including previous Pharaohs and Gods returning to the playing fields. And boy do they want to share their wisdoms. Teppic and his betrothed, Ptraci, are in a race (literally against time itself) to right history’s wrong and set them all back on course.
Once again, I found that the show was stolen by a side character. As you might remember, in my review of The Colour of Magic, I was most taken with Luggage. Well, in Pyramids, my fave character immediately upon meeting him was You Bastard. Yes, you heard me, there’s a character named You Bastard. And he’s quite clever as well. In fact, You Bastard is a camel, who also happens to be the Disc’s greatest mathematician.
As I mentioned above, the ending kind of spirals out of control and the reader is left to make a lot of assumptions. Definitely not Pratchett’s finest work, but there’s some great puns and awesome one-liners, so I feel like it kind of evens out in the wash. This book is definitely funnier the second time around, so if you’ve put off re-reading it then I implore you to have another go, and if you’ve not read it before, then do so. At least you know you’ll have a funny book to reread in the future!
Until next time, happy reading ??

Other delightful book reviews in this series to date:

* Teppic is spelt ‘Teppic’ in my copy, but I’ve a friend who has a different edition of the book where it’s spelt Pteppic. So… I don’t know what happened here?! 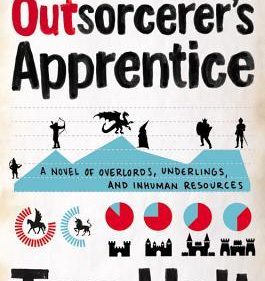 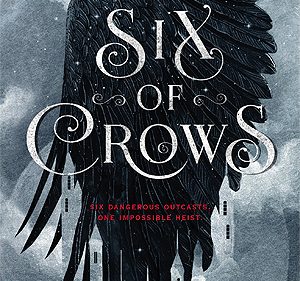 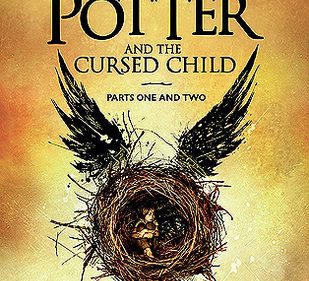