I can’t believe we’re nearly at Christmas! And 2019 is right around the corner… how time has flown this year!

During October I read 7 books, and they were all amazing! I did add an additional column to my usual table, as I thought I should probably start marking off whether these books were on my TBR… Let me know what you think!

Now, I had a pretty heavy TBR for October – 14 books – so, suffice to say that I did not get through them all.  This was primarily due to a lot of them not arriving until the 30th of October (or not at all), and also because I decided to restart my farm on Stardew Valley, and consequently sank a good 80 hours into the game this month. Ooops? Also, I read Kingdom of Ash which is basically equivalent to 4 books! Reviews are still to come for Catwoman and Kingdom of Ash, but I also desperately want to talk to you all about an AMAZING beta I was given an opportunity to read – post coming this week.

In non-book updates, I’ve been a bit distracted this week as we are currently in the midst of some family stuff, so while I started Mort on Friday afternoon, I’ve only read about 40 pages… but I promise to read (and review) it and Sourcery this month for the Discworld read-a-long!

In September I started a reading bingo that I found on Novel Heartbeat‘s blog. It was originally intended as an annual bingo, but I thought I’d just do it for September, but then quickly changed to the last four months of the year. In September I marked off 6 books, and in October, another 4 (I’m only marking off full novels). The original bingo is in my August wrap-up. 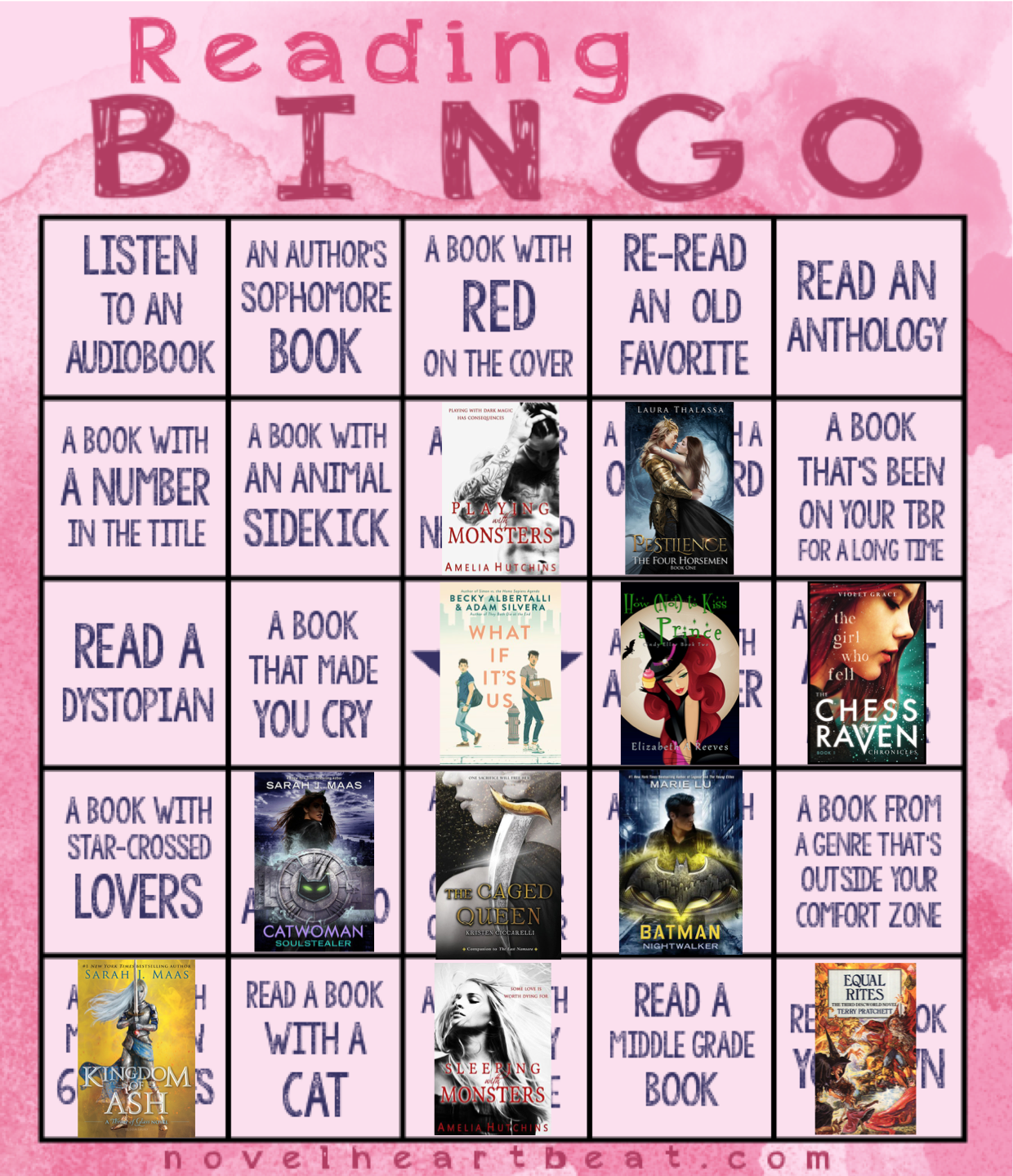 I still can’t believe I stuck to my October TBR. I’m not sure how I managed it this month, but never any other month. It’s entirely possible that I knew with all the new releases coming out, that is what I wanted to focus on. Oh, but if I had that many new releases every month, I would never read any of my (entirely too large) back catalogue!

So, books I anticipate I will read in November (including carry over from October):

I still need to spend some serious time finishing all my draft book reviews. I currently have 29 half-completed reviews… But it’s down from last month, and I posted new ones this month too! WINNING!!

Until next time, happy reading! ☺️?