Hello bookworms!! It’s time for the November 2021 wrap up.

I don’t know about you, but when I started writing this back in early December, I felt stuck in this weird “How the hell is it almost 2022? I’m still writing 2020 on things”, but also being “Geez, can we just skip to 2022 already because I am so done with 2021.” Which was a really weird place to be. Because December so far had been 18 minutes long, but also 4 months long. ,I really needed some down time. Which THANKFULLY, I got over the last couple of days. (You can probably tell from all my extra blog posts that have been dropping.)

And with that in mind, let’s look at what I did in November!!

Look, I don’t really know what happened or how it happened, but somehow I read 16 books in November. My reading this year is so inconsistent it’s outrageous. However, after being 1 book behind my Goodreads schedule at the end of October, I was 6 books in front by the end of November. Which was excellent news!!

The winners for November were a lot of contemporary romances. If you’ve seen my Top 5 books of 2021 post, then you already know that You Deserve Each Other was my favourite book of the year.

However, I REALLY enjoyed reading Accidentally Engaged and The Love Hypothesis. In fact, if I was still doing half ratings, both books would have been 4.5 stars. They were witty, funny, poignant, and the romances were adorable. I’d highly recommend both of them.

November was a weird month. We started to come out of lockdown in that last weekend of October, but I didn’t really go back into the office properly until mid-late November. So, I spent most of it still at home. I did start venturing out for things around mid-month though. And I got my 6-month booster vaccine at the end of November too.

In November it was basically just a continuation of all the things I played in October. More Sims, more Spiritfarer, and more Cozy Grove.

I downloaded Disco Elysium on the Switch, but one of my friends wants me to stream it when I play, so I haven’t started it yet… In fact, now that I think about it, I’m pretty sure I uninstalled Streamlabs on my laptop, so I might need to check that soon!

D&D campaigns seem to be a bit on the fritz at the moment. We were due to start another campaign in December, but it’s likely that will pause until January. And our regular Tuesday night game moved to Wednesday and we had to skip a couple of nights because some of the team already had plans that weren’t changeable. (It was me — we had movie tickets booked for premieres.)

Continuing the MCU (+ other Marvel based movies) rewatch I’ve been doing with my friends, in November we watched Venom, which was a rewatch for me. I really pushed for this one ahead of the older Spider-Man films because I knew I’d be seeing Venom 2 at cinemas before Spider-Man: No Way Home.

We had two cinema dates in November:

I have to say, I was really disappointed with Eternals. The only other MCU movies I can remember being THAT disheartened by after watching were Thor: The Dark World, and Guardians of the Galaxy Vol 2. I’m not sure if it was because I felt like they were trying to do way too much and introduce way too many characters, or if it fell flat for other reasons. But, it certainly didn’t hit the bar I was expecting it too.

November was a pretty sad blogging month. Top 5 Tuesday topics were mostly about tropes, so that was fun. Topics were top 5:

Apart from this and the normal haul and wrap-up posts, November was a pretty quiet blogging month!!

Did I catch up on my October blog hopping?! You bet I did!! I then even blog hopped in November!! Here are some of my fave posts of yours!!

How was your November?

December ’19 wrap up and January TBR 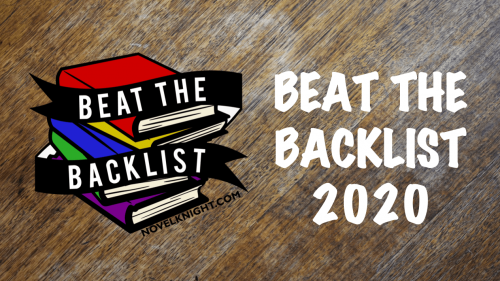