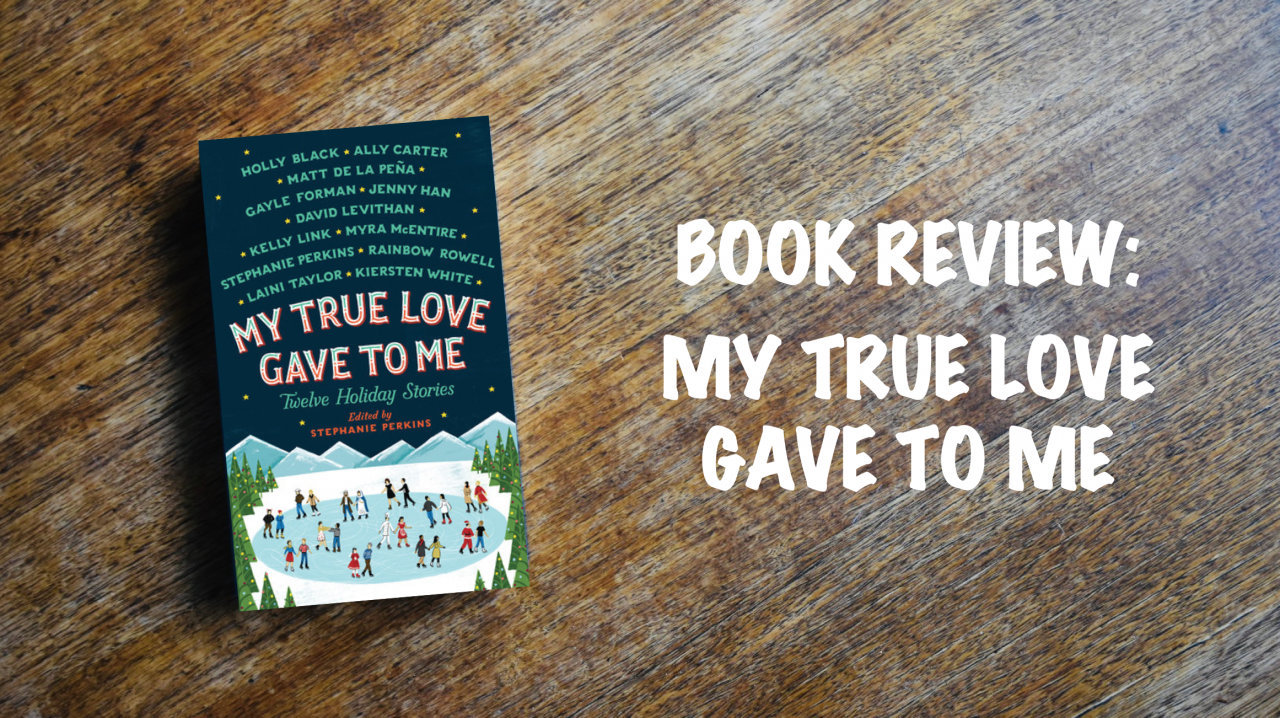 My True Love Gave to Me blurb:

If you love holiday stories, holiday movies, made-for-TV holiday specials, holiday episodes of your favourite sitcoms, and, especially, if you love holiday anthologies, you’re going to fall in love with My True Love Gave to Me: Twelve Holiday Stories by twelve bestselling young adult writers, edited by the internationally bestselling author Stephanie Perkins. Whether you enjoy celebrating Christmas or Hanukkah, Winter Solstice or New Year’s, there’s something here for everyone. So curl up by the fireplace and get cozy. You have twelve reasons this season to stay indoors and fall in love.

Instead of my usual method of reviewing, I’m going to do a mini-review for each of the twelve short stories. Also, I’m starting my new rating system!! Huzzah!!

I LOVE THIS STORY SO MUCH! Midnights is the reason that I bought this book so I love that it’s the first story up. Midnights tells the story of Mags (Margaret) and Noel and their friendship over the period of four consecutive New Years Eve parties. You get to see glimpses of their lives as they go from high school to college, and how the changes affect them. This story sets the scene for amazing, quick and beautifully written short stories over the holiday season.

The Lady and the Fox – Kelly Link

Uhhh, I got to (not quite) two pages in and considered DNFing. The story is 57 pages long, and I did not want to read it. The writing style is disjointed – the sentences are short and don’t always flow from the previous, and there were times that I wasn’t sure which character the author was referring to. However, if you push through it’s a strangely lovely story about hope and magic and family and love. I recommend you keep going!

This story is the perfect 35 page Christmas romance. About NYU scholarship student, Shy, who is cat-sitting over the Christmas period, who meet-cutes a girl in the building he’s staying in. But it’s more than that as well. It’s an own voices story by de la Peña, and talks about the pull of family who are living far away. This story is so heartfelt that I may have cried… Scratch that, I definitely cried.

Polaris is Where You’ll Find Me – Jenny Han

Umm, this story literally went for 14 pages. It could have been amazing, but I felt like it ended about halfway through the story. Also, I was kind of confused about the timeline as I thought she gave him the bird during the conversation which happened before the dance, but she had it to give to him at the dance. The timeline was all shades of dodgy. But the characters were sweet and it had an interesting premise. I feel like I could have loved this.

This is my first ever Stephanie Perkins, and while I have other books of hers on my TBR, I’ve always been indecisive about whether I actually will read them. Let me tell you now, I will be reading those books this year. This is the story of Marigold and North, love at first sight, and the lengths we are willing to go for family, and also what we are willing to do for love. This was the sweetest, most carefully crafted story of love and family and Christmas miracles. I absolutely adored it.

I have a lot of respect for David Levithan. He’s Maggie Stiefvater’s editor, and I can see a lot of similarities in their writing. This was a sad story about a broken home during Christmas time, but unlike how there was hope in Stephanie Perkins’ story, this one left me with a kind of empty feeling. And while I’m not a huge fan of sugar coated happy endings, I still like a little bit of hope.

I’ve said it before, and I’ll likely say it again, but Holly Black’s faerie world is one of my favourites. (In my head this story is part of that world too.) This is a magical story of Krampus and faeries and parties and punishment. But there’s also a sense of celebrating the past and the future, and backing your friends in impossible situations. I would seriously read an entire book on the premise of this short story!

What the hell have you done, Sophie Roth? – Gayle Forman

This was a kind of cute story about two college students still at college at the start of winter break, who meet and end up on a date. There was some cute banter between them about being out of place, and some awkward misunderstandings as well. I liked Russell better than I liked Sophie.

This story was fine, but it felt half-baked. There was a lot of time spent on character background and explaining why things were the way they were. This then meant that the ending was wrapped up really quickly, but all those open threads that had been started from the super long intro were sort of just floating out there, with very little (if anything) tied up.

This story probably had more depth than any others I’ve read so far. It’s about Maria, who lives in a speck of a village called Christmas. Christmas is probably your average cross between middle-of-nowhere and nothing-ever-happens-here. There isn’t even a local high school. She lives with her mum and her mum’s boyfriend, and waitresses at the only place that serves food in “town” for tips only. And Maria cannot wait to leave. However, with the arrival of a new cook at the diner, things in Christmas start to change, including the way Maria views things. (Full disclosure: I totally cried while reading this.)

Wow. This one was cheesy. Like, just, a giant omelet of mozzarella, cheddar, gouda, swiss and parmesan, and without the egg. LOTS of stringy, melted cheese. It was about a girl who was running from her past, but found something worth staying for. And love. And, just so much cheese. Also, I think I want a cheese omelet now.

The Girl Who Woke the Dreamer – Laini Taylor

I’ve got to be honest, putting Laini Taylor last in a book like this is going to give me super high expectations. The Daughter of Smoke and Bone trilogy was my fave series I read in 2017, and the first one was my fave book of that year (unprecedented). I loved it so much I’ve been actively avoiding Strange the Dreamer because the hype is freaking me out and I’m scared I’ll hate it. However, this story was pure magic. Neve is an orphan, and left all alone when a village tradition of seeking a bride commences. Not wanting to be wed to the local minister (who has had three wives die previously), she invokes a long forgotten deity to look over her and keep her safe. 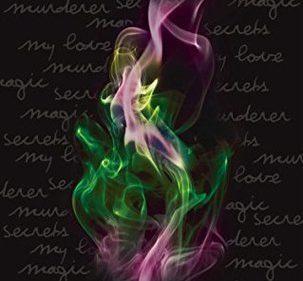