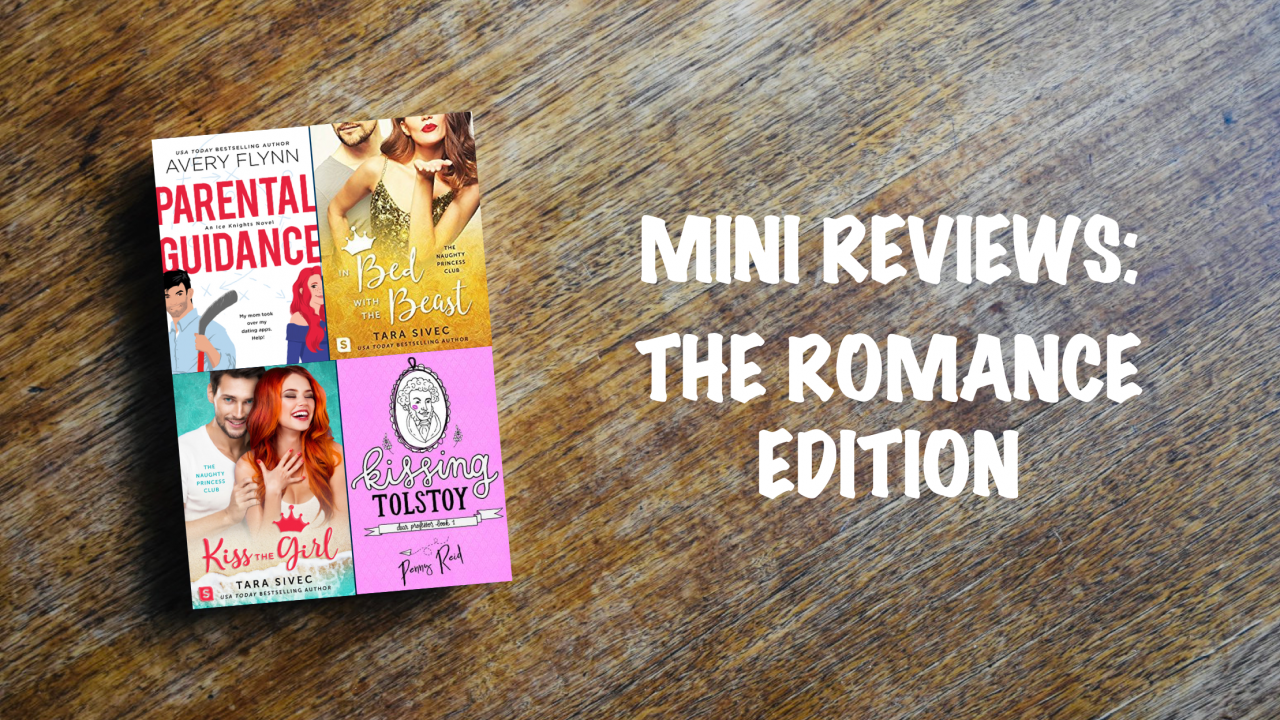 Good afternoon bookworms! (I really need to remember to change the am/pm time on that scheduling sidebar!)

So, I’ve been on a bit of a romance binge lately. And, as what generally happens, I am just so behind on book reviews because I’m so busy screaming about TBRs for read-a-thons that I never remember to stick to, and Top 5 posts and all of the other things. So, to try and catch up a tiny bit, I’m squishing a bunch into a mini reviews post! Huzzah! 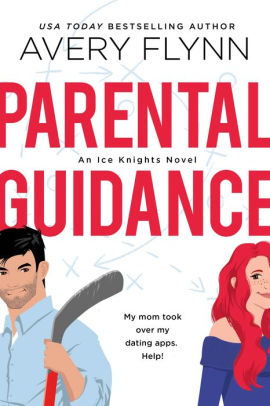 All I want is to play hockey on the Ice Knights, instead, I’m in a viral video for all the wrong reasons and my mom—yes, my mom—has taken over my dating apps. Then, when I think it can’t get any worse, the fates deliver Zara Ambrose, a five-feet-nothing redhead with more freckles than inches and who’d rather be anywhere other than on a date with me.

Now a bet with her friends and my PR nightmare have us both stuck in this go-on-five-dates-with-the-same-person hell situation. But if we band together, we can get the whole thing over with and go on with our lives. It’s perfect! No feelings. No future. No fuc— *ahem* fun. No naked fun.

What could go wrong? Nothing—as long as I remember the rules. Don’t notice the way she looks in a dress. Don’t react when she does that little shivery sigh thing whenever we touch. Don’t think about the fact that she’s never had a toe-curling orgasm that wasn’t self-delivered and just how badly I want to change that.

Five dates—that’s it—and then we go our separate ways. At least, that was the plan…

This book was faaaaar cuter than I thought it would be. I think I was looking for a super steamy, knock my socks off, hockey-player smut-fest, and instead I got this super sweet. adorable, heart-eye emoji story about couple that was kind of meet-cute (with a little smut). But yes, the guy is a hockey player. But there’s not a huge amount of hockey in the story.

Caleb is a gentle marshmallow who has anxiety about his dyslexia. Zara is a manic artist pixie with daddy issues. I mean, obviously they were made for each other, and NOTHING was going to go wrong. Ever. OMG, sorry, I need a tissue from all the tears of laughter I am currently emitting.

But seriously, the characters are cute, the team mates are … kind of dicks, but I’m sure Flynn will have more on them later… but the story and the grand gestures (even if they don’t go as planned) are sweet. and it’s an enjoyable read.

IN BED WITH THE BEAST – TARA SIVEC 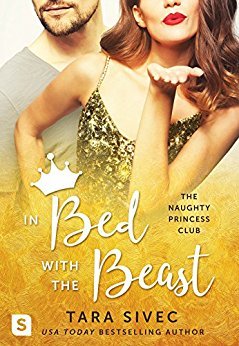 In Bed With the Beast (Naughty Princess Club #2) blurb:

A tale as old as time: she needs a place to stay, he’s a grump with a secret and an extra room…can love find a way?

Living in her overprotective dad’s basement, shy Belle lives her life through books. Being a part of the Naughty Princess Club is the first adventure she’s ever had, plus she desperately needs the money to save one of her favorite places – the local library.

But when her new friends and new business gets her kicked out of her dad’s house, Belle is rescued by the surly Vincent “Beast” Adams who invites her to be his house guest until she gets back on her feet. Despite his attitude problem and long list of rules, Belle finds herself warming to the muscled man with a penchant for growling and starts seeing a gentle side to him that wasn’t there before.

Yet there’s a room that Beast keeps locked and Belle keeps getting hints that Beast is hiding something…can a nerdy librarian tame the beast or will their romance be over before it has a chance to blossom?

Naughty Princess Club #1: At the Stroke of Midnight

*fans self* This is definitely a hilarious and steamy take on a Beauty and Beast retelling. I mean, all of the Naughty Princess Club books are amazing, but this one about how Isabelle (Belle) needs to learn how to be a grown-up and make her own choices without being scared of hurting her dad’s feelings is probably one a lot of us could relate to. (Although the part about running off to live with a random stranger I probably wouldn’t do or recommend…)

Anyway, Belle and Beast are kind of cute, and he certainly has a lot of secrets that I didn’t really see coming – which was great because sometimes I like not having a super predictable story. And the lengths that she goes to, to make him jealous were kind of hilarious. 10 points for every cameo you can find as well.

Overall this one was cute, but I definitely like the other two a bit more. (Beast just isn’t my type of guy…) 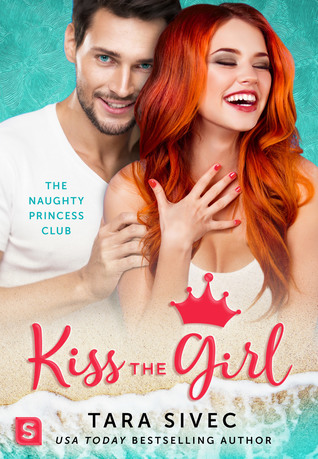 A struggling antiques collector finds herself falling in love with a millionaire playboy; but can she ever be a part of his world?

While her friends have broken free of their insecurities, Ariel Waters is struggling to come out of her shell. Her ex-husband took away her voice and her self-confidence, and Ariel is drowning under a sea of debt to afford the alimony she has to pay him. She refuses to ever fall for a man’s charms again, and is determined to make her own way.

When her house and her beloved antiques are taken by the bank after too many missed payments, Ariel finds herself adrift until the infuriatingly charming Eric Sailor comes to her rescue. Although she can’t stand the millionaire playboy, Eric’s kindness and unconditional support reveal hidden depths and a love that Ariel never imagined she could find.

But there are outside influences who will stop at nothing to keep them apart; can Ariel and Eric weather the storm and find a way to be together?

This was, without a doubt, my favourite of the Naughty Princess Club books. I mean, The Little Mermaid had always been my fave Disney movie growing up (until Merida came along in Brave – who needs a man when they can out archer all of them?!) so I was very much looking forward to it.

Where Cindy was prudish and Belle was naive, Ariel was the balls-to-the-wall loud-mouthed, smart-ass, confident, kick-ass girl that we all wish we could be. The best part of this book was realising that Ariel also wished she could be those things. She was just kind of faking it. And it takes guts to fake that amount of confidence. But underneath it all, there was no self-belief at all, which made her the most relatable of the trio. For me, anyway. She also had some of the toughest challenges to overcome.

Eric was also the sweetest of the three guys. I mean, all of them did sweet things, but Eric was upfront about his feelings for Ariel from the start and didn’t try and hide anything from her. And I respect that.

Just quietly, I was in tears for basically half of this book. That’s how much it got me. But look, if you’re a bit of a Disney nerd and you like romance with some smut, and enemies to lovers tropes, and you’re here for female empowerment and body empowerment, you should probably give this series a go. 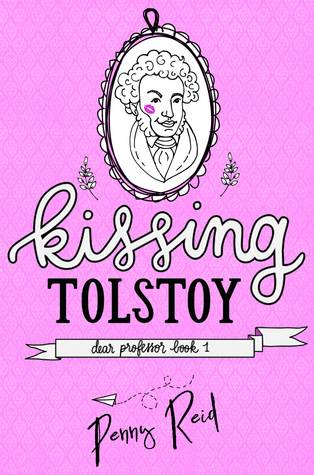 You overthink everything and pray for a swift end to your misery, of course!

I had some reservations going into this… the ‘dating a teacher’ trope can be VERY bad. But, in saying that, I thought it was done reasonably well in this case. (Or as reasonably as possible in a 200 page book that still had a plot.)

The characters were ok, they were a bit 2D (but again, it’s a 200 page book), but I respected the steps that they took to ensure the relationship didn’t hamper the teacher-power-authority vibe. In saying that, it’s not like they met while he was teaching, they did have the pre-meet where they were both equals, which I think makes a lot of difference.

Look, it was cute, and I didn’t find it overly problematic. It was a fun, escapist read.

So, that’s four pretty recent romance books that I have read… I will still be doing actual reviews for the others I have read recently (Red, White and Royal Blue, and The Kiss Quotient), but I there was less I wanted to say about these!

Are you reading good, fun romance novels? Or ones that make you cry lots? Tell me about them! 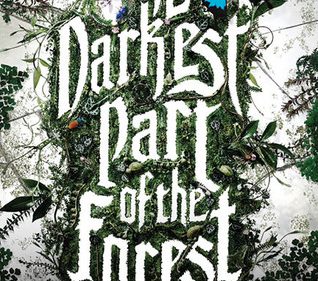 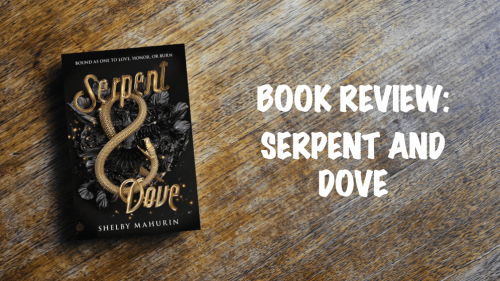 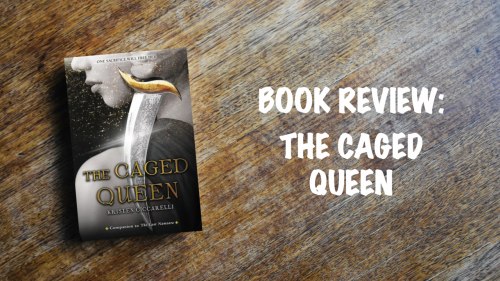