2020 has been a time. One of my friends was joking that she and her sister are going to make a tour band style t-shirt for 2020, but instead of concerts, it’s just going to be all the shit that is going on in the world this year against each month. I imagine it’s going to look something like this:

At this point, I can’t tell if June is going to be police brutality, rioting, racism or JK’s transphobia, but regardless it’s shaping up to be a pretty crappy month. However, I hope that good things come from this month. I have been spending a lot of this month reading, listening and learning about racial injustices, and having frank conversations with my family members. And Australia is not exempt from this – the way our indigenous people are treated is just as horrendous, and their health, education and socio-economic statistics are far below those of white people. Even for simple things, like there is a ten year difference in life expectancy if you are an Aboriginal or Torres Strait Islander person than if you are white. We have absolutely decimated their culture, and it breaks my heart to see the statistics of how many Aboriginal and Torres Strait Islander children are still being taken from their families. We also need to step up and do more to ensure that they are being treated fairly, but do it in a way that doesn’t mean they have to assimilate to our western culture. If you’re not in Australia and want to support the Black Lives Matter cause, this is a link to heaps of information, including petitions to sign, places to donate, info for protests, as well as resources that you can read. There are also links to hashtags around the world for more information for your country.

This last week I’ve also been teaching my family about transgender issues and how she-who-shall-not-be-named is hurting people that are my friends with her bigoted comments. I still don’t understand how her being abused by her husband (FYI, family and domestic violence is also something I will stand up against) gives her the right to decide what gender people identify as. And to say something like that during pride month when we should be celebrating the successes of the queer community… I just… I have no more words. (But I will share this link from an old post where I yelled lots about that woman and poor diversity representation… My thoughts haven’t changed.)

Basically, 2020 can go take a long walk off a short plank, into some deep, shark and piranha infested waters.

Hi bookworms! I read eight books last month, which was pretty … average! (Current monthly average is 8.4 books, in case you were wondering…) But most importantly, I finally finished an ARC that I have been reading for THREE months. Huzzah!

Favourite for this month is probably The Switch by Beth O’Leary. It’s definitely the one I have thought about most since finishing it (acknowledging it’s also the only one I’ve written a book review for)!

I also ended up bumping Date Me, Bryson Keller from last month from a 4 to a 5 because I cannot stop thinking about that book. I think I’m going to reread it again soon.

I worked. I’m pretty sure that was all I did in May. It certainly felt like it, at any rate…

I have kind of slowed playing Animal Crossing… I don’t really have the time to commit to playing it at the moment, so the state of my island is frustrating me. I did go back to Stardew Valley at one stage (because it’s not real time, I feel less judged if I don’t play it for a month…) so that was nice to do that. I’m nearly finished my fourth year in it, and I’ve done almost everything… I probably just need to spend time mining and killing monsters.

We finished season 1 of our main campaign, so Chuck (our DM) is taking a very well earned break, and we all got to pat ourselves on the back for not dying. YAY!! I finally got into a really good groove with it towards the end as I was grappling with my character’s motivations and how she could help the group, but I totally got there in the end, which was so rewarding.

One of the others has started a Star Wars version that we’re currently playing every second Sunday night. It’s so different from our usual ‘fantasy’ story but I’m enjoying it.

Things I finally watched in May were:

I’m pretty sure I just listened to 6,000 hours of Taylor Swift, as per usual. I might have added some Fall Out Boy in too…

Oh! And I rediscovered the Buffy the Vampire Slayer soundtrack from my teen years. I was surprised by how many songs I still knew the lyrics to.

I barely blogged in May. I can’t tell if I’m slumping, or if I’m just tired from working longer hours than usual (mixed with working from home still, in the room that is usually my reading/blogging sanctuary).

My fave May post was undoubtedly Top 5 Cute Romances though, and I had a lot of fun writing it, which I think showed. It definitely reminded me that I want to get back to writing lists of books that I really loved!!

Guess what?! I caught up on blog-hopping. Technically I did the last 200-ish posts on 1 June, but I’m taking it for a win because that last week in May I smashed through over 1,000 posts. And I had fun doing it (which, let’s be honest, is kind of weird). So, here are a BUNCH of posts that I loved I’m #sorrynotsorry for the long list, but please keep in mind this was originally a LOT longer…

Also, I want to take a moment to APPRECIATE the number of posts I saw that had suggestions of books to read during quarantine. I wish that I had more time to read while being at home, but I hope some of you took notes on these amazing books:

I also saw heaps of posts to help with blogging:

And, finally, but perhaps MOST IMPORTANTLY, Clo @ Cuppa Clo has started to build the bookworms of the world an island. Honestly, I’d go there right now. Even if it is feeling a little bit ‘Survivor-y’, and I’m pretty sure I’d get voted off quickly…

How was your May? 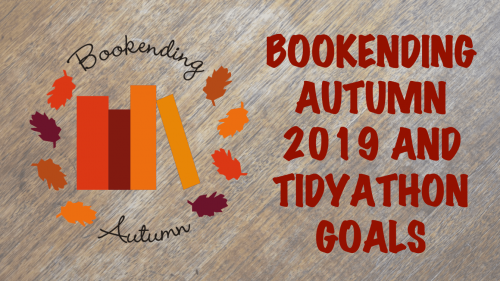