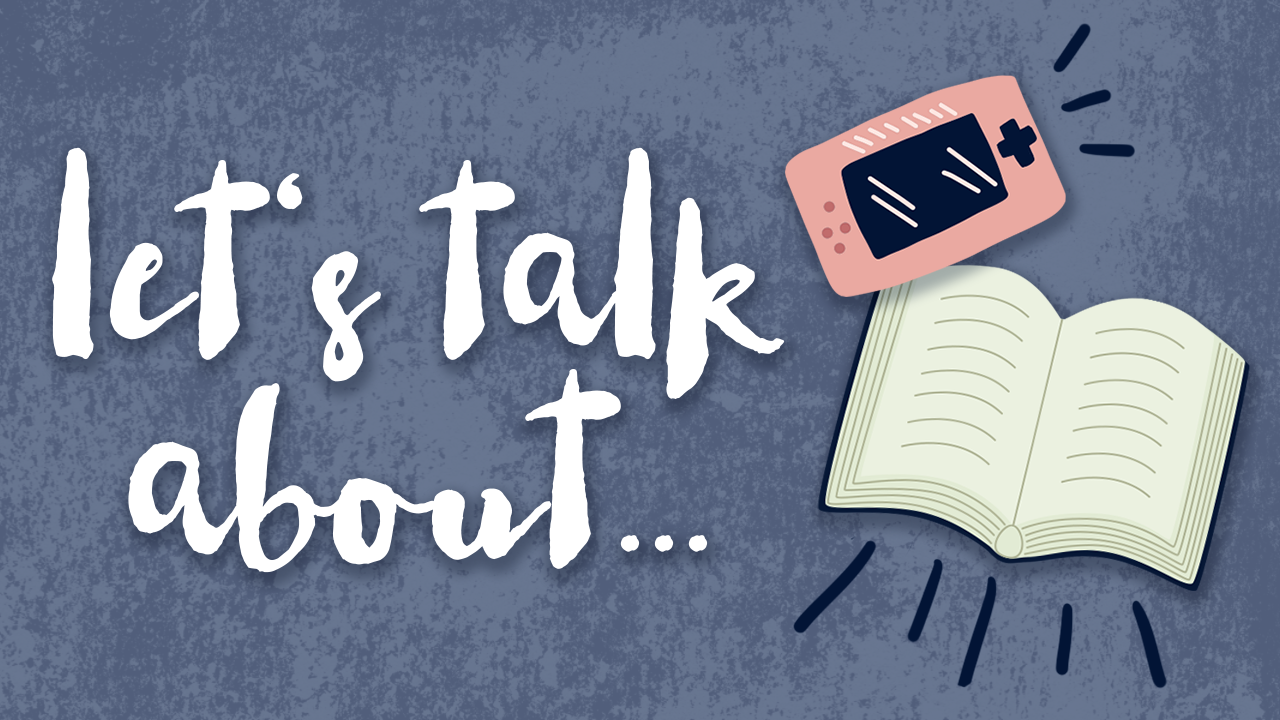 Hello bookworms!! Today I’ve jumped on the bandwagon for Let’s Talk Bookish topic: Why I read middle grade books. But really this is just an excuse for me to to scream about why I love middle grade fiction. And also YA. Even though I am a real-live adult. Allegedly.

Let’s Talk Bookish is hosted by Rukky @ Eternity Books, and Dani @ Literary Lion. You can check out the May topics post here.

So, there’s a lot of things that I like and dislike about middle grade fiction. Primarily this can be summed up into a few categories:

So, what is Middle Grade?

OK, so let’s start at the beginning. Middle Grade (MG) is not a genre (neither is YA, but that’s a whole other topic). It’s an age demographic, usually covering people aged 8 to 13, you know, “tween years”, or if you’re in the US, middle grade school years. Just like YA, MG books can cover a whole wealth of genres: fantasy, horror, contemporary, non-fiction, etc. It’s really just a way that we can identify books that are suitable for people in a specific age group.

Because MG books are written for people so young, they’re often super easy to read. Writing should be kept plain and clear, with a Flesch-Kincaid score of around 80-90. I wouldn’t recommend aiming for higher than 70 at the very most. Which essentially means that you want shorter sentences, and words without too many syllables.

Instead of writing “Sally pushed off from the ground, leaping into the air, and landing beside the old hound lying on the wooden floor”, you could say “Sally jumped over the dog”. Does the first one sound more poetic? Maybe, but it gets the same point across.

Books that write to their audience really well are the Percy Jackson series by Rick Riordan. Personally, I’ve been struggling a little with my read of these lately. But this is on me, not on Riordan. And that is because the writing of the books is first person, and the MC is a 13 year old male with ADHD.

Does it make it difficult for me? Not really, but it’s kind of annoying because I’m not 13 or male, and I don’t have ADHD, so I really struggle with how the story jumps around a lot. Being inside Percy’s brain hurts my brain. BUT, it’s a great example of writing for a MG audience.

One of the most amazing things about MG plots, is that they are NOT anxiety-driven monsters of complicatedness and non-communication. I know, outrageous, right?! Yes, you heard it here first. There is very little over-complicatedness when we read MG books. Why? Because 9-13 year olds don’t tend to enjoy super complicated plot lines. It also means that you don’t often get stories that focus on miscommunication as a plot device. Which really just makes MG fiction a joy to read.

I actually think this is partly because a lot of MG stories have a ‘moral’. If you ever watched amazing 80’s/90’s cartoons as a kid, the last 60 seconds was usually a moral that went along with the theme of the episode. Things like “don’t steal”, “tell your parents the truth”, or “being mean is bad”. There’s usually some kind of ethical behaviour message in these stories, especially in contemporary MG books. Which you would probably know if you’ve ever read a Baby Sitters Club book.

But just because it’s not over complicated, doesn’t mean that it’s overly simple either. Take The World Between Blinks by Amie Kaufman and Ryan Graudin as an example. This story is about two cousins who miss their grandmother, who has just passed away. But it’s also an adventure story where the kids accidentally travel to a different reality. They end up a mission, travelling to and discovering about things and places our world has forgotten about or lost.

This is me dumbing the plot of the book down to three main plot points. In reality it’s more complicated than that. But it’s also hard to describe the plot, while keeping it simple. There’s a lot of MG books out there that do this really well.

Because YA and MG are supposed to be written for people of a certain age, there’s often a lot of topics or themes that are not written about in these types of books. Topics such as romance and sex, gore and excessive violence, excessive language (meaning swear words), and dark themes such as suicide and murder are all often absent from these books. It doesn’t mean they are entirely absent, but it means you wouldn’t necessarily need trigger warnings as they should be dealt with the age of the audience in mind.

On the flip side, MG books can help children and young teens deal with dark and sensitive topics by letting them explore topics in a positive way.

One of my favourite MG books is The House with Chicken Legs by Sophie Anderson. The story is, at its bones, a retelling of the Slavic folklore character, Baba Yaga. In original folklore tales, Baba Yaga can be a very scary looking old witch who eats children. Think of the old woman in the Hansel and Gretel fairy tale – that is a character who was based on Baba Yaga. In other stories, sometimes she is good and can be represented as three women (the maiden, the mother and the crone, if you know your fairy tale tropes).

However, Anderson turns this mythology on its head and creates a brand new Baba Yaga that helps escort souls to the next place. The story itself deals with death of loved ones, and the pain and consequences of not letting go when you should. But it’s written in such a gentle, sensitive way, that I wouldn’t have a hesitation in handing this book to any 10-14 year old in my life who has recently lost someone.

Admittedly, you only need world building if you’re writing something with a fantastical element to it. But since that’s my favourite genre, I’m adding it in.

World building in MG fiction has its own sort of rules. Normally in adult fantasy, and even in YA, there have to be rules to magic, socio-economic classes, history of the land, and other world-building facets. Don’t get me wrong, these are still important in MG books, just not the extent that they are for older readers.

This is primarily because MG readers don’t care if the reason that Fred is King over Alex is because some decree was passed fourteen generations ago, which means that because Fred has a birthmark he’s the rightful ruler, even though Alex is older. They don’t necessarily see this as a plot-hole, because kids are more able to suspend their belief of the “right order of things” more than adults.

What it does do, is mean that most MG fantasy books have, what I lovingly refer to as, an element of WHIMSY. Whimsy is the thing that I love most about MG fantasy. The definition of whimsy is as follows: playfully quaint or fanciful behaviour. Essentially, something fun, unusual or imaginative.

The most perfect example of this that I can think of is the Nevermoor series by Jessica Townsend. In this series, Morrigan (our MC), lives at the Hotel Deucalion. The Hotel itself is a sentient being that changes elements of itself, mostly described in Morrigan’s bedroom, to suit her personality.

At one stage when it’s learning what Morrigan likes, she goes to sleep in a bed and wakes up in a hammock. It also changes things when it’s upset or pleased with her, like a  punishment and rewards system.

Why do you read young adult or middle grade books?