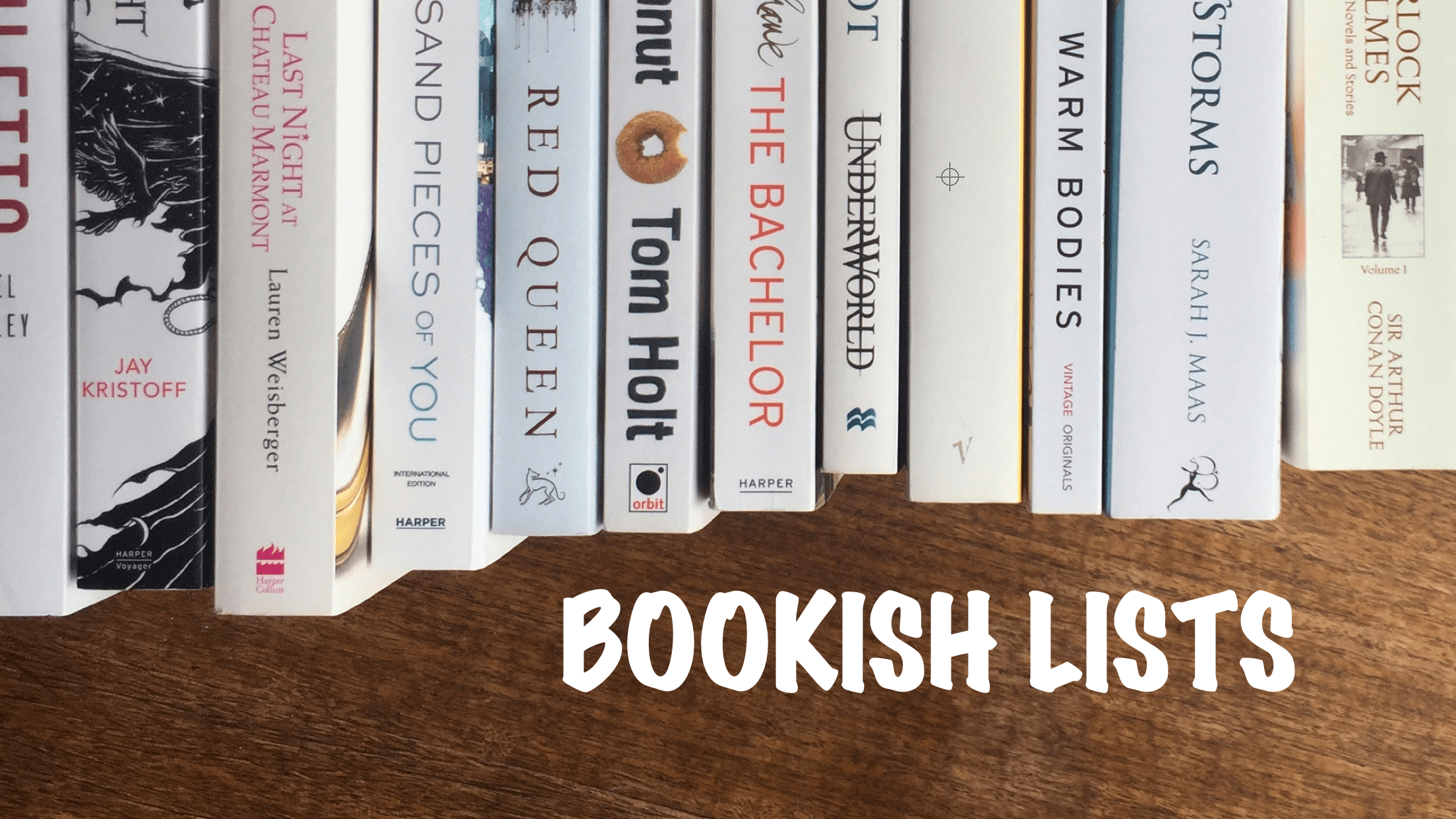 Good morning bookworms!
In lieu of today’s WWW Wednesday (because I have no updates from last week’s post), I was inspired by a post from Kristin Kraves Books where she listed some books that she felt everyone had read, but her. Kristin then came back earlier this week to discuss whether she had read these books or they were no longer on her TBR. I loved this idea, so I’m pilfering it for my own blog! Thanks Kristin!!! ? (Also, go check out her blog if you haven’t because it’s great and filled with so many amazing posts.)
So, the below are TWELVE books that I feel like everyone in the world has read, except me.

A Darker Shade of Magic by V. E. Schwab. Except, you could trade this for anything Schwab has written because I still have not popped my Schwab cherry… But I want to!! I do actually own the ADSOM trilogy – they were gifted to me by a friend over a year ago, but they’re so high up on my bookshelves I actually can’t reach them. They’re also on my Beat the Backlist list for this year ? I should read these books soon (if only because I’m pretty sure everyone on the planet has read them except me).

The Hate U Give by Angie Thomas. I must admit, I am mildly embarrassed that I haven’t read this, but I’m not sure why. I haven’t even watched the movie. All I remember about the blurb is that it’s about a girl called Starr. But I also never remember the blurb being that engaging. I know that there’s a lot of hype for this one (but hype scares me, because what if I’m the outlier who doesn’t like it? Will I be shunned from the book community?), but I’ll probably watch the movie and then decide if I want to read the book.

Divergent by Veronica Roth. Honestly, I’ll probably never read this one. I’ve decided that dystopian books aren’t really my thing (this is why it’s taking me six months to read DEV1AT3). I have watched the movies and they’re … fine? (I don’t really like Shailene Woodley, although I’m sure she’s lovely) I’ve also heard not great things about the end of the books. (Was it the same as the movie? Do I remember the movie? Did I actually watch all of the movies??? These are questions I will never know the answer to. And I’m ok with that.)

The Night Circus by Erin Morgenstern. Look, I want to read this book. I’m sure of it. I’ve heard nothing but great things. And I’ve owned a copy for years after it was recommended to me by someone who also recommended a bunch of other books that I just LOVED. But… I haven’t picked it up, and I’m not sure why. (I also haven’t picked up Caraval, so maybe it’s a circus thing? Do I not like circuses? Circii? What is the plural of circus? Where are these questions coming from?)

Ready Player One by Ernest Cline. Meh. Hubs enjoyed the movie, and owns the book, but never finished it. I’m not really a sci-fi fan. It literally took me months to read half of Hitchhiker’s Guide to the Galaxy and then I DNF’ed it anyway. I liked Illuminae, but I think if that book had have been set in a fantasy setting (or a contemporary action) then I would have enjoyed it just as much because I liked the characters. So, this one is a probably won’t read. (And I’m not even remotely upset about it.) (Also, why am I referencing space books when this is a video gaming book?)

Children of Blood and Bone by Tomi Adeyemi. I have this because it came in a book box I was getting at the time, but this is another book that I feel like I should have read, but I just haven’t. I’ve also seen some really scathing reviews (no, I don’t remember where… maybe Goodreads?) which has put me off a bit. But I’ve also seen reviews where people say it’s the best book they’ve ever read. I am fence-sitting about this one.

The Seven Husbands of Evelyn Hugo by Taylor Jenkins Reid. I want to read this, and I finally bought a copy! And I can read it! But I just keep forgetting that it’s here. (To be fair, I did put in on my fourth bookshelf that I never look at, so that’s probably why…)

The Book Thief by Markus Zusak. This is another book that I haven’t read or watched the film for. I think I bought a copy of it because it’s one of those books you’re supposed to read, like Wuthering Heights (which I hated, by the way). I don’t really have a compelling reason why I haven’t read it, except, I’ve never really wanted to.

Red Rising by Pierce Brown. (I’m really sorry Joe and Shanah!) I know everyone raves about this one, but it’s up there in my sci-fi/space meh-ness with Ready Player One. (I am also still confused about why I referenced space books in that paragraph…) I mean, I’ll probably read this one because I might get screamed at if I don’t?

A Game of Thrones by George R. R. Martin. Uhhhhh, it is highly unlikely I will read this. I have tried to read this one before, but it’s just … so … wordy! How can you talk about a snow covered field for FOUR PAGES? I don’t even like Tolkien’s wordiness, and Martin is like on a whole other level. (I mean, where is his editor? Did he eat his editor? Was it because the editor wanted to cut 400 pages of wordiness?) Also, I’ve heard the tv series diverges from the books, so I don’t really care that much.

Outlander by Diana Gabaldon. I will definitely try to read this. I just downloaded a copy to my kindle app. Soon… but also, another one I haven’t seen the tv series of. (Maybe there’s something wrong with me? Why don’t I watch tv series? I mean, except for Game of Thrones. But everyone watches it.) Also, the fact that these books are about 18 normal books and also there’s 5,932 books in the series mildly puts me off… (However, I did get told at the Aurora Rising launch last week that I have to read this, which is why I’ve downloaded it. Baby steps!)

Shadow and Bone by Leigh Bardugo. SOFII!! I am going to read this. Soon. Definitely before the end of the year. Or before the Netflix show starts. Whichever one comes first. Reasons that I haven’t read this is yet are mostly because everyone hates Mal and Alina, and loves the Darkling, and Nikolai is bae (and I have no idea what all this even means, but spoilers are evil and put me off reading this)…

Are there any books on here you think I should read?