Grim Lovelies was a delightfully original novel. It had elements of the strange and the absurd and the absolutely mind-blowing, all wrapped up ready to go, in a direction that I could not tell where it was going.

I don’t know about you guys, but I can generally tell where a book is headed in terms of storyline. There’s usually a rhythm, whether it’s a romance: boy meets girl, boy and girl fall in love, something happens, they make amends; or it’s a fantasy: someone gets powers/goes on a quest, they go on a journey, bad things happen, good prevails. Even in a book like Six of Crows where you had literally no idea of the plot twists coming your way, you knew kind of what was coming up because they had a plan – there was a roadmap for their journey, and while you didn’t know the intricacies, you knew the general route. This book had none of that. You were along for the ride and the split decision making as much as the characters were. And if it wasn’t Anouk making the decision, then you were basically in the dark as much as she was. This was such a fascinating way of storytelling, and nothing like I had experienced before.

You could never tell who was good and doing bad things, or who was bad and doing good things, or who was neither and out for themselves. There was this real sense of naivety and confusion – which made the character of Anouk all the more relatable, as she had only been a human for a year, and didn’t understand the complexities of fickleness like a fully mature person would.

Before I get too caught up in the story complexities, let me break it down for you. There’s a witch of Paris. Not really a witch, but THE witch of Paris: Mada Vitora. The Diamond Witch. The Mada has a ‘witches boy’, kind of like an adopted son (witches can’t have their own children), and she and Viggo live in a beautiful and magical grand house. And the Mada has ‘Beasties’, animals turned into humans, to be servants in her manor. Anouk is the maid and cook, Beau is the chauffeur, Luc is the gardener, and there’s also Cricket and Hunter Black who do other things. Anouk is our MC (in case you couldn’t tell from my semi-rambling above), and we’re kind of in Cinderella land at the moment. The Mada controls the beasties because she has their true pelts. Oh, and we don’t know what they were beforehand.

Outside of their little unit is the Haute – witch royalty, that runs the rest of the world. The term for us non-magical folk is Pretties. And everything is fine, until one night it isn’t, and Anouk’s world is turned completely upside down. This then sparks a journey of it’s own, but with no tangible way of seeing where they end up or what happens. The story itself is quite extraordinary, and I’ve never read anything like it before.

I love that the story is set in Paris. We don’t get a lot of novels set outside of the US or London – in fact, the only English-written urban fantasy novel I can think of not set in an English-speaking country is Daughter of Smoke and Bone (set in Prague), so this was a welcome change. I am aware that there is a glimpse of London in it, but it was predominantly set in France, which is such a beautiful country.

The characters are also wonderful. I like the depth to each of them and how we get to see Anouk’s initial view of them, and then how they evolve to their true selves, so to speak. In fact, the more I think about it, the more I am retrospectively enjoying the storyline!

Anouk is this quiet, timid, shy creature who doesn’t dare take a step out of line. But given the right encouragement, I think she could take on the world. I can’t wait to see what Shepherd does with the sequel, and I hope the series isn’t many books long because I’m not sure I could wait for an ending to this story! So, even without a confirmed release date for 2019, Midnight Beasties is definitely on my anticipated reads list. 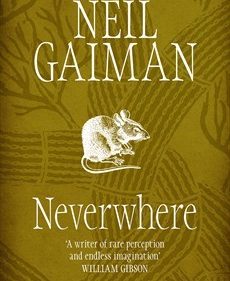