Do you ever feel like you’ve got too many books? I never thought that I would ever say it, but my TBR pile is getting higher and higher every month, and I am starting to think I won’t catch up! In saying that, of my eleven books I bought/received in February, two were doubles, and two were copies of a book I already have (but in different covers… I’m crazy, but not that crazy), plus two are art books, and one is a children’s limited edition… which I guess means that I really only got five books, and since I read five books, I’m really on par.

Wow… I can justify anything to myself!

So let’s get down to business!

Yes, I do normally do ‘book boxes and book mail’ together, but that’s all of this month’s books, so I’m splitting it! I know, I’m proud that I didn’t go into a book store too!

OK, so for the month of February, I received the following books in subscription boxes:

Now, I am still waiting for my Fanciful Box and my The Book Crate Australia to arrive… so I guess they’ll be in my March haul post (if I remember?)!

Also, I just want to mention, that for the second month in a row, OwlCrate and FairyLoot have had the same book. While it’s not the end of the world (because they have exclusive covers and I really loved the January book), it’s kind of annoying particularly since I pay so much for postage to Australia. That’s not to say that I won’t be renewing my subscription (they are the two best, most consistent boxes I receive), but when I am debating renewing other boxes in order to save some money, it’s frustrating that I seem to be getting the same book twice when I could get something else in another box. Food for thought…

A bit more of a splurge here than I hope to see in the coming months (I really do need to cut back), and I also haven’t included books I bought as gifts, because I am terrible at posting things to people, so best to just not have it here at all!

OK, starting left to right in the picture: 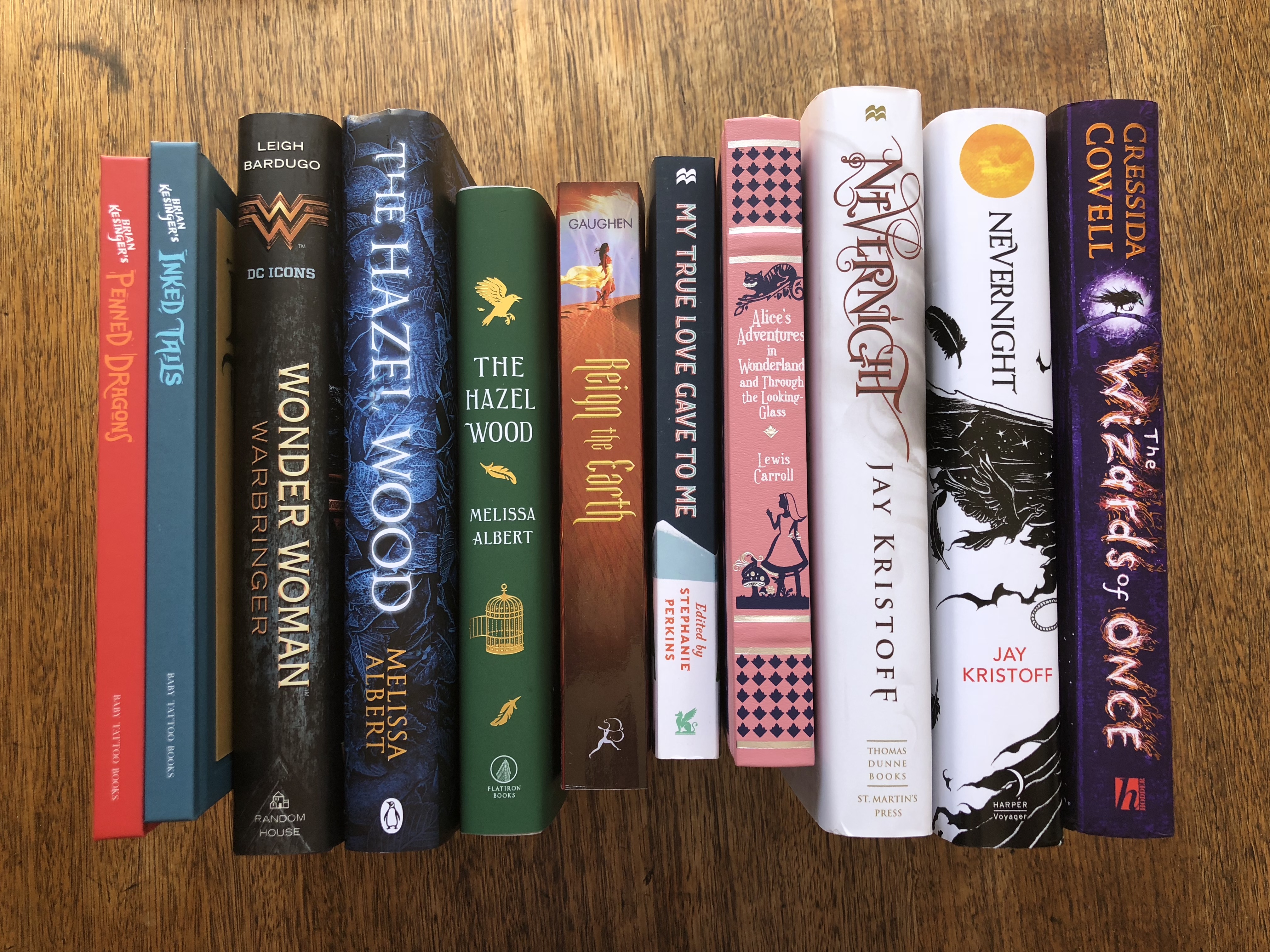 So that was my February book haul! Thanks for hanging out with me! I plan on posting more again this month… I’m still not sure where February went, but it happened so quickly I feel like I didn’t even come close to catching up!

One thing I did do in February, though was I changed all my book review pictures to the official pictures of the books, as opposed to me finding motivation to take more photos… which never happens… which is why I have 39 book reviews in draft format ready to post, but without a photo. This will change now! Huzzah!