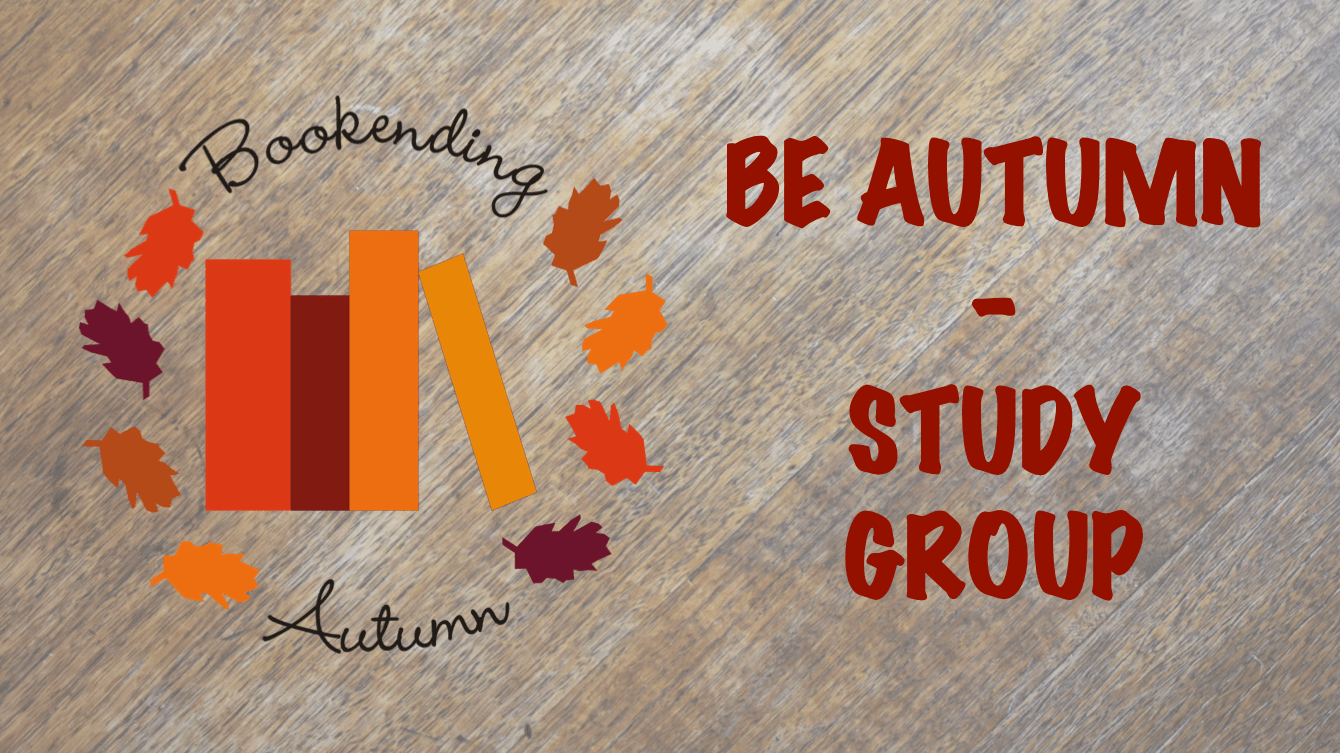 Good morning bookworms!
Welcome, welcome, welcome, to BOOK ENDING AUTUMN!! (I feel a little bit like a ringmaster at a circus!) Come one, come all! Step right up! You too can participate in all this fun!

This post is part of Bookending Summer 2019, which is organized by Sam & Clo! The prompt for today, “Study Group” is hosted by me! (Oh my gosh, that sounds so weird!!)

Prompt Explanation: Fall is back to school and you need to organise a study group. Pick eight characters and discuss which subjects they bring their expertise to. (Note: You can pick any subjects, or number of subjects, you just need to tell us why each of the characters!)
Gosh friends, it’s been a LOOOOOONG time since I was at school. (Like, three times more years than I put ‘O’s in that extended ‘long’. Don’t do the maths – it’s terrifying.)
But, I had a think back to my high school years, particularly as a Year 12 (senior equivalent), and I’ve come up with the 8 subjects I studied… but I’m swapping two for something else because I actually did 3 English subjects!! In case you’re interested, they were:

Now, back to the prompt!

Frances Janvier (Radio Silence by Alice Oseman) is my go-to pick for English subjects. This is Frances’s main subject – the reason she is going to Oxford!! I would be mad if I didn’t pick her for this one!! I mean, she’d also just be great to have in the group because she’s so smart in general…

OK, this one is gonna be slightly strange because I have mixed feelings about this book, but I’m inviting Colin Singleton (An Abundance of Katherines by John Green), boy genius along. To be honest, I liked where this book was going, but there were mathematical diagrams in it, and it was kind of weird. Anyway, Colin should be able to pull his weight in the maths (and probably other subjects) departments.

Side note: I was so bad at physics, I only kept it because I really enjoyed the electrical component (current and waves, etc.) but of course, that was all Year 11, and in Year 12 it was all SPACE. Which is a fascinating concept. For some. I honestly just cannot wrap my brain around the concept of infinity. (Surely there’s an end somewhere… we just haven’t found it yet! Or maybe it loops around?! *halp me*)
Ok! So, I need someone to help me with the space calculations side. And, although I am still yet to read the book, I’m inviting Zila (Aurora Rising by Amie Kaufman and Jay Kristoff) to join the #squad for this one. I mean, who better than to bring the Brain of a space operations team?! (Also, I hear she’s great with explosives?!)

Mia Corvere (Nevernight by Jay Kristoff) is joining the team for this one. She was one of the top students at the Red Church at potions, and that’s basically all chemistry is!! … Kind of …
Oh gawd, we’re all going to be poisoned… Fingers crossed Spiderkiller doesn’t find the classroom!!

100% grabbing Karou (Daughter of Smoke and Bone by Laini Taylor) for this. You can’t have her! She’s mine! Girl can speak a LOT of languages. I mean, she’d also be really good for art too because she went to art school. And for geography because of the way she can travel… *cough* no more to be said here. Oh, and the wishes might come in handy too! I wonder which size wish I’d need to get a good grade?!

Hear me out, but I am bringing Matthias Helvar (Six of Crows by Leigh Bardugo) in for this. See, he’s pretty devout, and I think he’d be good at explaining different religions to me. Well, at least he’d probably be able to… he might just claim heresy and nail me to a cross as a witch… (what am I doing?!)
* I went to a Catholic High School and this was compulsory!

I am DEFINITELY bringing Hermione Granger (Harry Potter series by J. K. Rowling) to the study group for this one. She would remember all of the dates and wars and names that I can’t. Hopefully she would also devise a way for me to remember all of it. Maybe some really good mnemonics!!

Honestly, I don’t even remember if this was an elective for our end of school exams, but I wanted something that I could bring Lara Jean (To All the Boys I’ve Loved Before by Jenny Han) into, because I think between the two of us, we could find that perfect chocolate chip cookie recipe.

Who would you invite to your Study Group?