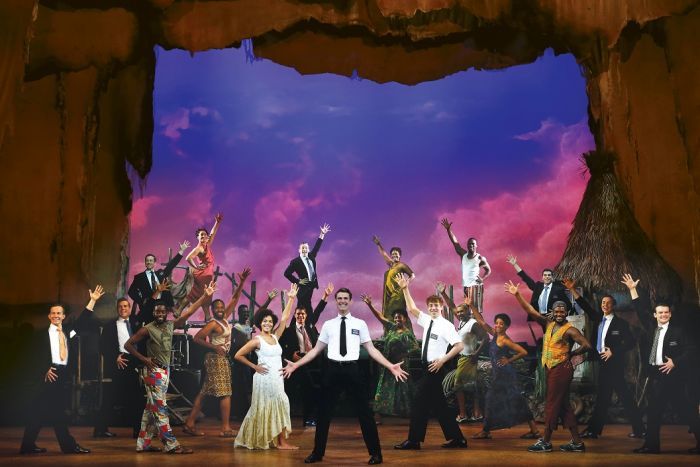 So last Friday night I went and saw the musical Book of Mormon by the creators of South Park, Trey Parker and Matt Stone.  I had received my latest treatment in the hospital that morning, so after a nap, the first thing I desperately wanted to do was take a one hour train trip into Melbourne CBD and sit in a theatre for 2.5 hours.  But I did it anyway!

Go watch it!  Like, really, that’s all you need to know.  That’s my whole review in a nutshell.  It is the funniest stage show I have ever seen.  If you are looking for something a bit more conclusive, then please read on.

The basic premise of the show is that it follows the story of two young Mormons on their way to their first posting to spread the good word of God (I’m not religious), and they are sent to Uganda.  Hilarity ensues as they face problems with the local people, their own faith and a crazy militant intent on taking over the village.

Basically the show sets out to poke a whole bunch of fun at the Mormon religion.  In fact, I think that Stone and Parker sat down before even starting to write this and compiled a list of everyone they wanted to offend.  And that was how the script was born.

Now, the same rules apply to this as to when you go see a comedy show.  You need to check your prejudices, morals and your politically-correct liberal heart* at the door and enjoy this for what it is – a play by the creators of South Park.  A play that has won an unbelievable number of awards mind you, but one that absolutely can and will offend everyone on the planet it you let it.  But on the plus side, it pretty much offends everyone equally.

Stand outs for the cast were Nabulungi (WOW, Zahra Newman killed it), Elder Price (Ryan Bondy) and Elder Cunningham (AJ Holmes).  Also, I had to do a lot of internet research to find this name, but there’s a guy who plays an Elder, and several other small roles, but Todd Jacobsen was great, killed it.  His facial expressions stole the show in some scenes, and I was sitting waaaaaay back (and up).

One of my favourite (recurring) parts is that Elder Cunningham can’t remember Nabulungi’s name.  He gets it wrong every time, and (to me) the best stand in names were Nutella, Nala and Necrophilia.

Anyway, just in case you haven’t gotten it yet – go and watch it.  Like, as soon as you possibly can.  Otherwise your friends will be singing “I have maggots in my scrotum” and you won’t get it.

* I would just like to point out that I absolutely believe in equality for everyone, including but not limited to: indigenous peoples of all lands, persons with disability, all races and ethnicities, gender and sexual orientation, and sectist beliefs.  I believe that if you’re a person, then you’re equal to me in every way regardless of everything. 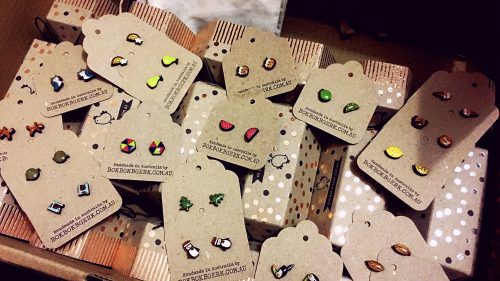 The cutest earrings ever