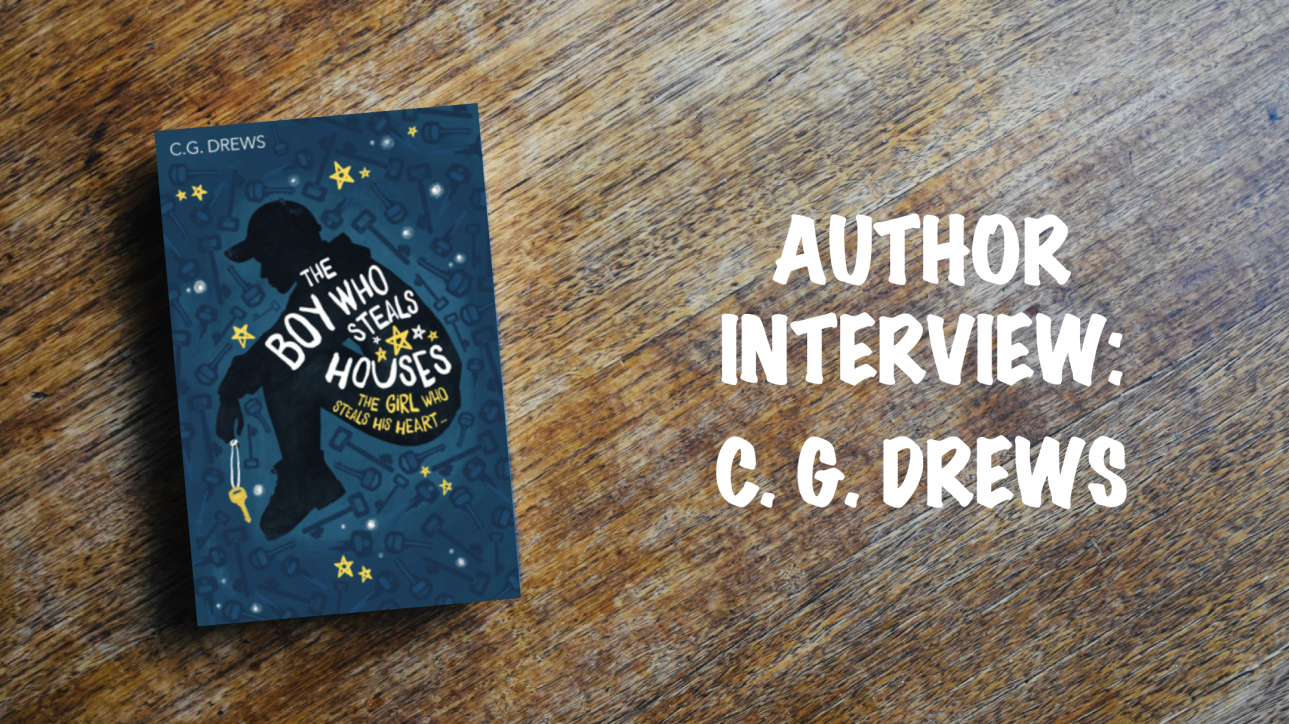 Good morning bookworms!
Today’s very special blog post comes to you courtesy of fellow Aussie, and author of one of my favourite reads of this year: C. G. Drews. You may know her as Cait or PaperFury, where she has an IMMENSE following on her own Blog, Instagram and Twitter.
Cait’s second son, The Boy Who Steals Houses was published worldwide on 4 April (except in Australia, where it is released tomorrow, 9 April). To celebrate this amazing feat, Cait allowed me the absolute privilege of asking her with some questions, all for your viewing pleasure.

So, without further ado, let’s crack on!

Hi Cait, welcome! First and foremost, CONGRATS on your second son being out in the world. Well, almost all the world (Australia is so weird). How does it feel?

Aw thank you! It’s both exciting and still such a surreal feeling knowing everyone is about to read the book I’ve worked on for so long! I had a lot of doubts whether it would ever make it…but it happened! And I’m so grateful and excited.

I LOVED The Boy Who Steals Houses (TBWSH) and I’m trying not to gush too much, so can you tell us a little bit about Sam and Moxie, the De Lainey’s, and Sam’s obsession with keys.

I’m so glad you enjoyed it! So the story is about Sam Lou, who breaks into houses – not to steal, but to live, while the owners are away so he can pretend he has a home. He collects keys, which are his little promises to himself that one day he and his autistic brother Avery will someday have their own place. But then he messes up with his house ‘stealing’ and ends up in a house that’s still occupied and so he’s sort of absorbed into the chaotic, messy life of the De Lainey family. But he loves this. He doesn’t want to lose it. Especially when he’s slowly falling for Moxie, with her lemon frowns and pointy personality. But Sam has some seriously dark secrets and they’re about to catch up to him.

TBWSH is a gender-bent retelling of Goldilocks and the three bears. How do you wrangle a fairytale like that into a contemporary novel?

My style of retellings are very loose, so I’ll have the bare bones of the original tale and I’ll remake it to fit with my vision. Sam is our golden-haired, house-breaking-into, obsessed Goldilocks character…but the original fairy tale never tells us why Goldilocks broke into the bear’s house and ate their food and slept in their beds. My story is a reimagining of those reasons. (Except I totally swapped porridge for waffles, because who would want porridge if you could have waffles?!)

You’ve said before that A Thousand Perfect Notes was your firstborn, but TBWSH is really the story of your heart. What is it about this story makes it so much more personal for you?

I know we’re not supposed to choose favourites between our kids…but yes! TBWSH is my heart. Partially because it features both anxiety and autism, which I also have, and also it uses one of my favourite ever tropes: found family. I am still not over the De Laineys honestly…can they adopt me too?!

Speaking of found family, it is a common theme in both of your books (also feeding people). What is it about these themes that inspires you to write?

Feeling like you don’t “fit in” is a really common theme for teens…and for anybody really. So found-family is a trope that resonates with so many of us. My book is a love letter to people who are searching for something, like a home or family or a way to fix your own darkness. As for the food: ok I totally admit…while writing TBWSH, I was actually home alone for the weekend and since I am 0% good at cooking, I was existing on brownies. The characters in TBWSH also eat a lot of brownies. The imagination is, um, strong with this one? Oops haha.

Avery, Sam’s brother, has autism. I understand that you were diagnosed with autism when you were 21. How important do to think it is that disability and mental health challenges are represented honestly and by ‘ownvoices’ authors in books?

It is so important! Ownvoices authors bring a lot of heart to their representations. And we know what stereotypes to avoid and what harmful messages that need to be fought against. I definitely believe non-ownvoices authors can still accurately and amazingly represent diverse characters, but you get invaluable depth when you have lived it yourself.

You really love to make us readers cry (and I do mean like bawl our eyes out). Is there a particular cake you like to eat (or animal you tend to sacrifice) that helps you commit these broken boys to the page?

I think I am just generally mean looool. But see it’s easy: you take a nice character with a nice personality…and then you just wreck their lives. (Um, I think my halo is slipping?)

Sam, Avery, Beck and August attended the same school – and Twice Burgundy is clearly a popular band in both stories – do you think you might set other stories in this world later? Will we see any of the other De Lainey’s later? (Secretly hanging out for a Jeremy story…)

I really loved being able to set them in the same world! I put in so many Easter Eggs which was fun. After reading A Thousand Perfect Notes, a lot of readers told me they went searching for the band Twice Burgundy because they wanted to hear their music! So I had to reference my fictional band in TBWSH too! And yes, I’d dearly love to expand this town…so we’ll see, right?!

Speaking of later on, I know you love magical realism and/or urban fantasy stories. Have you ever considered crossing genres and writing a fantasy novel?

A lot of this depends on what editors want to see from me. So I’d like to write fantasy in the future, maybe?! But for now I’m setting up as a contemporary author.

OK, enough with the serious questions. I saw Laini Taylor (like ACTUAL LAINI TAYLOR) tweet that she was keen to read TBWSH. What is that like?

Can you recommend some found family stories for the readers who might need some recommendations after the book slump they are sure to be in after reading TBWSH?

Ooh yes! Do try A List of Cages by Robin Roe and The Wicker King by K. Ancrum. I swear by both those books feelsy brilliance.

And finally, I usually ask your choice of duck-sized elephants or elephant-sized ducks, but I was speaking with a friend the other day and we got to talking about elephant-sized hedgehogs (it was a weird conversation). If you could take any animal in the world, and make it the size of another animal, what would you choose and why?

Firstly I think an elephant-sized hedgehog would be terrifying?! Those spikes eep. But I would like a normal-sized hedgehog. Or I think really really tiny monkeys would be cute, right?! Like monkeys the size of fish and you could have them in a terrarium. UGH SO CUTE.

Thank you so much to C. G. Drews for being my very first author interview. I had to make a whole separate category (and it’s been so long this took me some time to remember)!
My reviews for both books can be found here:

A Thousand Perfect Notes
The Boy Who Steals Houses

And until next time, happy reading ?? 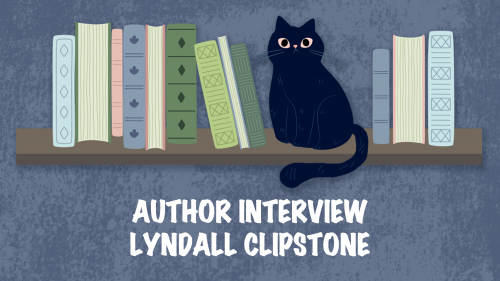