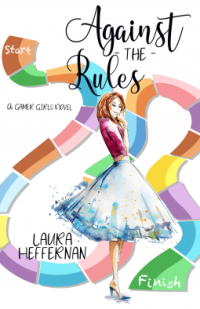 Against the Rules (Gamer Girls, #2) blurb:

Holly has taken herself out of the dating game since breaking up with her cheating, thieving ex. She barely notices Marc, who comes into the game store every week, hoping to get her attention. Her friends insist it’s time to take on a new role, to leave Quiet Holly behind and embrace her inner flirt. And on paper, Marc’s great: cute, funny, and a hardcore gamer just like Holly is.

Then there’s Nathan. He’s everything twenty-eight-year-old Holly wants… except he’s also her friend’s father. Absolutely off-limits. But as she and Nathan playtest a new legacy game together, they’re growing closer. The game is complex and intriguing, and there’s no way to know how choices will pan out. What seems like a good idea could lead to disaster… or sweet victory. But in gaming, as in love, sometimes you have to roll the dice and take your chance…

This story is really sweet, and to be honest, even though it’s a romance there’s a LOT of emphasis on the best friend relationship. Holly and Gwen have a lot of work to do on their friendship, and it’s really because they just want the best for each other, but kind of go about it the wrong way. Which is great, because it makes it so much more realistic!

Can I also just put here that I wish the legacy game they played throughout this book was REAL?! Because I very much do!!

The romance was also cute, and not too explicit (which is kind of nice for a romance these days).

So… I guess this story was kind of predictable. And by that I mean, I knew who Holly would end up with by the end of book 1, so book 2 really had no surprises in it at all. In fact, the complication towards the end was also predictable… because what else were they going to do with the plot?! It just felt like a big history repeat which was annoying.

Also, the lack of communication between Holly and several of the other characters felt like a weak attempt to further the plot. And I also didn’t think that after her ‘life lessons’ in book 1 that this is how she would deal with her problems. It felt like a step back for the character.

Overall, I enjoyed it – it’s a sweet romance, and books about gaming girls deserve their own special love-fest, just like books about witches, necromancers and vampires do. (I’ve been reading paranormal lately, ok?!) 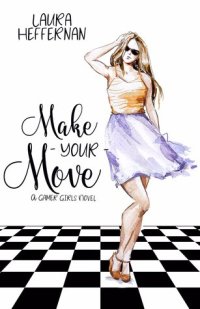 At twenty-eight, Shannon has yet to fall in love. Which is fine, since she’d rather spend her evenings creating games than swiping right or going on awkward blind dates. Right now though, she has two little problems. First, she’s stuck for a new game idea. Second, the only candidate in her roommate search is Tyler, the gaming buddy who’s long had an unrequited crush on her.

It should be awkward. But when Tyler moves in, the situation doesn’t go at all the way Shannon expected. Between helping her deal with coworkers and fixing the bugs in her latest game, Tyler’s proving to be damn near perfect. Except for the fact that he’s falling for someone else…

Maybe Shannon has already forfeited her turn. Maybe she’s playing for nothing but heartache. But the best games have endings you can never predict…

I really liked the start of this story. I liked how Shannon wasn’t afraid to be alone, and in fact was quite content in herself.

I enjoyed that the story examined a friendship outside of the trio of girls. It was really nice to see a new personality being explored, and Ryan was such a breath of fresh air. I also liked seeing Shannon’s vast network of supporters, including her family.

I really enjoyed seeing Shannon take control of the awful work situation she was put in. I get where she was coming from in trying to protect Ryan, but ultimately Ryan stood up for himself and took away the leverage that was holding Shannon back – which should have been Ryan’s decision to begin with!

Also, roommates trope. *sigh* It was so good!!

Before we start, disclaimer: I don’t know if the aro representation was relatable or realistic. I don’t identify with being on the spectrum so I can’t judge that.

The mean girls at work trope is way overdone. Going for the same promotion and working against each other, instead of supporting each other in a traditional ‘mens’ industry isn’t my idea of a good time, and in fact is something I really dislike. Also, the antagonist here was comically overdone. Like, Dastardly Dick overdone.

I’m also not really down with love triangles and I don’t think this one was done especially well. It just felt like a lot of plot points were pointing in a really similar way and instead of working together it just felt like too much was happening.

Overall, I liked it – although not quite as much as the rest of the series. Again, I can’t really comment on Shannon’s rep, but I’m glad that there was at least some more diversity in this one. Also, the rating is probably a bit harsh. I was going to give it a 3.5, but it’s probably just shy of that mark.

Final series thoughts: As much as I liked this series, I guess what annoyed me most was that all of the couples ended up as couples in the same friendship circles. I’m not saying this is unrealistic (it’s not, my hubs and I met through mutual friends and it’s been amazing to share one big group of friends), but surely there has to be some new blood brought in somewhere.

In saying that, this is one very small pet peeve (and it happens in a lot of other books too – Naughty Princess Club for example).

2 thoughts on “Against the Rules / Make Your Move – Laura Heffernan”